Usain Bolt shows off ripped physique ahead of World Championships

Taking to Instagram this week Bolt uploaded an image of himself and friends training on the track in Munich, Germany.

The Jamaican appeared to be in high spirits as he put the finishing touches to his prep ahead of the big event. 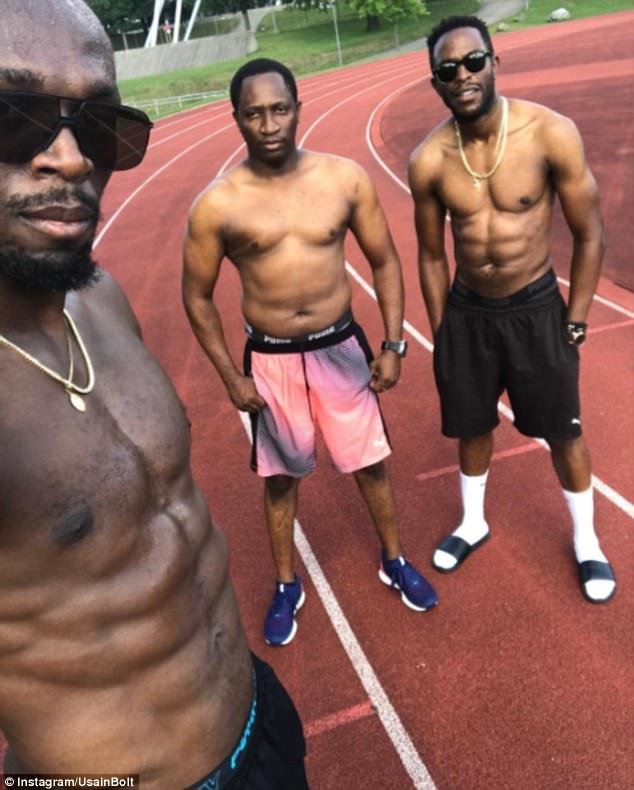 Bolt could be seen standing topless in the photo, donning sunglasses while taking a selfie with friends.

Captioning the image, Bolt wrote: ‘Who has improved the most? #NoDaysOff.’ 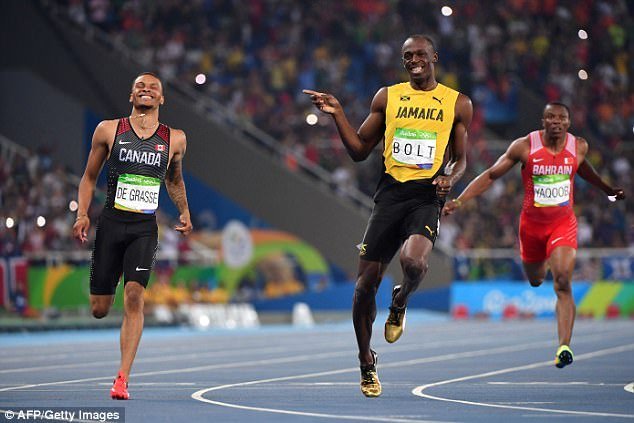 Bolt is hoping to go out with a bang, but will be challenged by Canada’s Andre De Grasse (L) 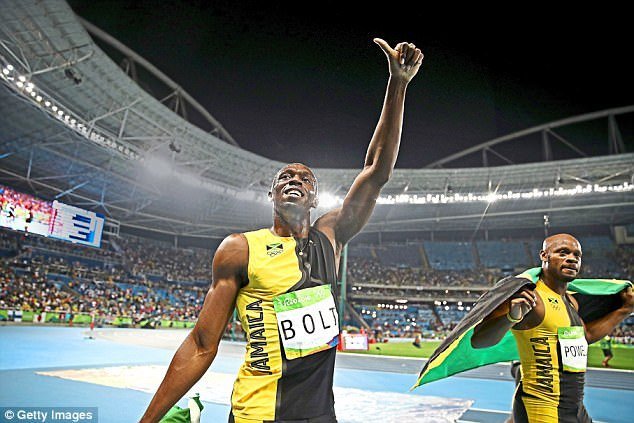 Comfortably the world’s most famous Olympian, Bolt will leave a long legacy in athletics 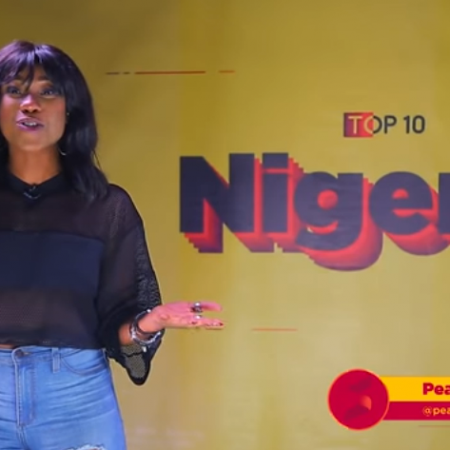