It is clear that the prevalent theme of this EP is growth. It is a project that anyone can relate to. Femi Jr tells us stories that are evidently drawn from his different life experiences. On sombre, gritty beats he narrates his stories with hard hitting bars detailing his experiences with his family, the streets, women and his friends. On this coherent body of work, he raps frankly about his consistency so far and how deserving he is of the top spot.

On the intro track, Certified Stories, Femi Jr tells us that he really needs no introduction but still proceeds to provide us with a sort of introduction to who he is. While this is not his first musical project, having previously released 3 EPS across of the span of 2018, 2019 and 2020 respectively, the EP is a good starting place for a new listener. We learn that Femi Jr is the oldest amongst his siblings. That in itself is telling of how much pressure and weight he faces as he details during the course of the EP. He describes the issues faced by many youths in the country, having to constantly be on edge and taking up the mantle of those who came before us:  “Cuz nobody dey chase us but they say make we dey run, that’s how you spend your days running a race wey no be yours.”  On this track he also offers reverence to his father, finally coming from a place of understanding as it regards the sacrifices and efforts his father made for his family.  On the Aisosa assisted Away, Femi spits bars and some hard truths about the downsides to chasing fame and vanity. He reiterates that he is content with what he has and does not need extra material things to validate him. Aisosa backs up Femi Jr’s message with his soulful crooning, asking an unknown entity to take away the pain and suffering he’s experiencing as it has become unbearable. The track is most likely the favourite of many listeners as it strikes a familiar cord within the hearts of many – the message rings true.

Femi asserts his place as a listening ear but not a shoulder to cry on, on Never Change, the third track saying: “Cry me a river but don’t cry on my lap.” He goes on to say that he’ll never change no matter what has been said about him or done to him. He is establishing his resilience as a person and artist on this track. His “can’t stop, won’t stop” attitude towards life is admirable and should as a motivational message to all. “I’ll forever write these verses till I’m 60” he spits, expressing his everlasting desire to rap – never changing. At the end of the track we hear a voice message of someone presumed to be a friend of his, telling him to stay true to himself and just like the track title says, to never change. Sheesh, the penultimate track of the EP, is clearly a Drake inspired track. He references feeling like “the kid from the 6,” rapping & singing and making sure his team is solid; all 3 things that are affiliated with and heavily perpetuated by Canadian rapper, Drake. It is a short, self-hype track in which Femi Jr re-establishes his strong belief in himself and the love for his personal craft. The final track and outro of the EP, Until Next Time, is an outro track. He says goodbye (for now) to us, his listeners, as he comes to the end of his story. On this track he describes his hunger as insatiable, again showing us how deep his passion runs. He talks about his growth, things he used to do that he no longer does and friends he will be letting go of as he goes along. While it is a goodbye song, the title signifies that he will be returning soon. This is not the end.

Right from the cover art which features the illustration of a man in different stages: baby to toddler to a full grown man, we can tell this project is about stories culled Femi Jr’s experience with growth. From this EP we learn 3 major things about Femi Jr; he has been through a great deal in his life, he believes he is one of the best to ever do it and he is going nowhere. He is extremely proud of his journey as a rapper and person and plans to keep going. He’s one to watch out for. 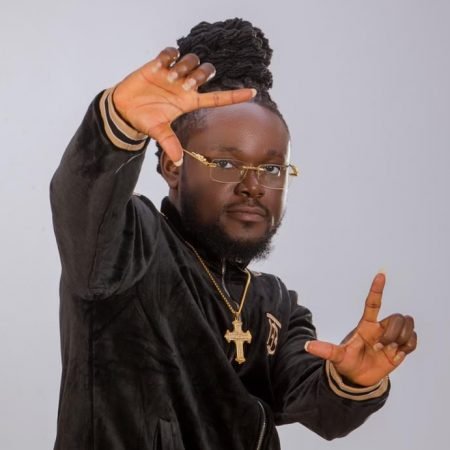