Last year, Afrobeats zapped the stateside mainstream after the success of Wizkid’s breakthrough single “Essence” and Ckay’s “Love Nwantiti.” In 2022, more burgeoning Afrobeats artists find themselves in similar territory: Fireboy DML’s booming track “Peru” with Ed Sheeran is thriving on the Hot 100, while Omah Lay’s Justin Bieber-assisted “Attention” is bubbling as a potential hit. Now, producer-turned-artist Pheelz looks to throw his hat into the ring after signing a deal with Warner Records.

With over 14 million streams on Spotify, his BNXN-featuring single “Finesse” is a carefree anthem, oozing with saucy one-liners (“If I broke, na my business”) and breezy melodies. What initially began as a “training session” with his new producer on Ableton Live — a beat-making program — became a life-changing moment for Pheelz, who watched the record explode after casually posting a clip on TikTok from his studio. His DIY mentality was an attractive draw for Warner Records, as they zipped across the world to have a meeting with him.

“It all started with Steve Carless making an immediate beeline from Paris to London meet with Pheelz, which showed his commitment,” says Marc Byers, Pheelz’s manager. “[Warner’s] Aaron Bay-Schuck, Karen Kwak, and Erika Coulter gave us their daily accessibility ’til closure. They operated as a team.”

“What was so compelling about Pheelz when we first met was his passion and affection for music and the Web3 space. He’s creating his own NFTs and graphic art, which aided in the launch and popularity of ‘Finesse,’ says Steve Carless, president of A&R Black Music and Associated Labels at Warner Records. “He has an incredible connection to the cultural creative network around the world as an established figure for so many years. Our focus is really about staying true to the diaspora and lifting this song from the ground as our season progresses.”

“Finesse” sits at No. 5 this week on Billboard’s U.S. Afrobeat Songs chart, but like Wizkid and Fireboy, Pheelz is eying a pop superstar to take his single to the next level. “I know she’s a rapper, but I think Cardi B can do something amazing on “Finesse,” he tells Billboard. “I think Ye as well — definitely Ye. If I get Ye on ‘Finesse,’ I’m going to lose my mind. Cardi, Ye — and the third one would be between Rihanna and Drake.”

Billboard caught up with the newly-signed artist to speak about joining Warner Records, what he hopes to contribute to Afrobeats on a mainstream level, and more. Previous post Khaligraph Jones: It's Okay For Artists To Say No To Interviews 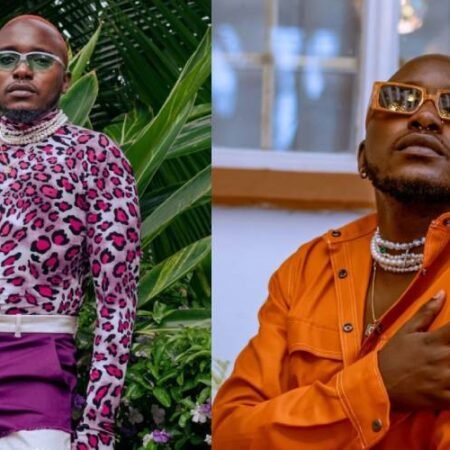