All-kids dance ensemble from Ikorodu Dream Catchers jump on Davido‘s 2017 hit single “FIA”. Dream Catchers is a team of underprivileged/homeless children whose welfare from education to shelter are taken care of by the group’s founder, Seyi Oluyole.

Earlier in March, supermodel Naomi Campbell had shared a video of the kids dancing excitedly to the Wizkid assisted single “Nowo” by DJ Spinall. As a result, global music heavyweights Rihanna and Diddy also got wind of the dancing kids and shared their videos respectively; thereby catapulting them to the lenses of the globe.

A-list actor, John Boyega whose latest movie, “Pacific Rim”, currently knocked off “Black Panther” as the top movie in the North American box office, ran into the talented kids twice during his recent visit to Lagos.

Their social media bio which describes the group as street kids from Ikorodu reads, “Dance puts us in school and off the streets”.

We’ve had days of tears! Days we wanted to give up. Days that people raised their noses at us because we were not wearing the finest clothes or the nearest shoes! We’ve gone hungry, gone cold… but now the future looks brighter! Thank you for adding to our hope @iamnaomicampbell @badgalriri @diddy Forever grateful!!! Thank you for this lovely picture @riasolanke @mafabaonline thank you for the lovely shirts! Everyone go order your shirts from @mafabaonline ❤️❤️ #ikorodutothe🌍 #ikorodutotheworld🚀🚀 #streettostage 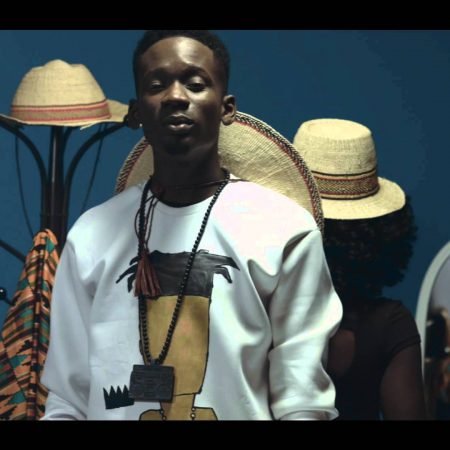