Here are the list of music that will definitely make your day each day of this week!

Simi – Joromi from her sophomore album “Simisola.”
The launch of musician, Simi’s, long-awaited album ‘Simisola’, has seen several fans get quite emotional.

The X3M singer who over the years won the hearts of many with her sonorous voice and style of music, launched her debut album at an event on Friday night.

The mind-boggling record titled Joromi. Its quite captivating. Enjoy below

Aka ft Anatii – Don’t Forget to Pray Off their collaborative album “Be Careful What You Wish For”
South African hip-hop rappers, AKA and rapper, Anatii released the music video to their heavy single titled “Don’t Forget To Pray”. The song was included on their July, 2017 project “Be Careful What You Wish For”. The video was directed by Alessio Bettocchi.
NS: Please don’t forget to Pray!
Watch, Enjoy and Share your thoughts!!

Sarkodie – Overdose ft.Jesse Jagz
Ace Ghanaian rapper –Sarkodie released his 5th studio album –“Highest” today and to that effect he decided to put out the visuals to some of the standout singles on the LP.
“Overdose” features the emperor – Jesse Jagz and Sark went braggadocious on this one.
Enjoy!

Patoranking – Love You Die ft. Diamond Platnumz
Dancehall King – Patoranking Quickly Shares the Official video to the Hours Ago released Self-Hit-Single “Love You Die”.
The video Feels High-claims and Life issues about The Singer’s Shared Ig Photo of Holding a baby Next to his Baby Mama.
Watch and Know the truth.

Emtee ft. Tiwa Savage – Me & You
Emtee serves up the official music video to his collaboration with Mavin Records first lady – Tiwa Savage.
The song is titled “Me And You”. Check on it and share.
Watch video below:

Skales ft. Burna Boy – Gbefun One Time off Skales’ sophomore offering “The Never Say Never Guy”
Baseline Records superstar Skales who is back to Nigeria from his Successful Canada Tour and has released his much talked about video to his single titled ‘Gbefun One Time‘ Featuring Burna Boy.

‘Gbefun One Time’ featuring Burna Boy is the 3rd track off Skales’ sophomore album ‘The Never Say Never Guy’, released in May, 2017.

The track which is expected to be housed on Yung6ix sophomore LP slated to be released later in 2017, gets a world class visual treatment directed by Lens.

Watch and enjoy the video below:

Lynxxx – Ghana Girls off his Sophomore Album “The Album Before The Album””
Lynxxx finally let out the visuals to his Ghana infused sound tune which he released late 2016 ‘Ghana Girls’, and Here he puts in work with Director Labi to give a fine-torch on the song Visuals.

With his away appearance, We guess Lynxxx is finally back to set-Up charts once More.

Watch the video and Enjoy!

Next post Aww! Chidinma Ekile's New Boyfriend Of 3Months Is Everything (Photo) 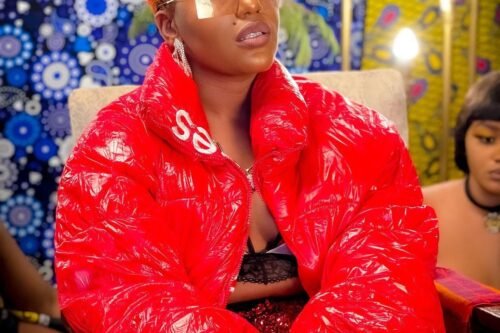 Best Of The Best! Khaligraph Jones And Femi One Team Up For Rap Classic ‘Blueticks’ 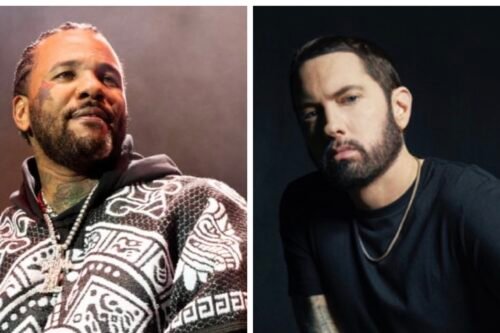 The Game insists he’s a better rapper than Eminem, says you don’t hear Em in the streets, clubs or locker rooms