XCHANGE, a consortium of spectacular event promoters are coming together to create international world-class shows and experiences that will see event goers, artistes’ fans and followers gather in the most prestigious event venues in Nigeria. Aside staging personalized headlined shows, XCHANGE will also stage two thematic festivals, Afrobeat Festival and Urban Music Festival in Lagos, Nigeria.

African singer, song writer and recording artiste, Asa, teams up with fashion and lifestyle brand, Spice TV for the inaugural launch of SPICE LIFESTYLE HONORS. The event will pay homage to African fashion icons and brands while honoring the best within the fashion and lifestyle space on the continent. Asa, with several albums including Beautiful Imperfection, Bed of Stone and her self-titled
debut album will give a powerful performance from her newly released album during the awards ceremony and gala night with the backing of her orchestra. The event is scheduled to hold on the 5th of December, 2018 at the Eko Convention Center, Eko Hotels, Lagos, Nigeria.

International superstar and African sensation, Wizkid will be headlining two important shows this
December, WIZKID “MADE IN LAGOS” SHUTDOWN and WIZKID EXCLUSIVE VIP EXPERIENCE! WIZKID “MADE IN LAGOS” SHUTDOWN is slated to hold at the Eko Atlantic City in V.I, Lagos while WIZKID EXCLUSIVE VIP EXPERIENCE will hold at the 5,000 capacity Eko Hotels Convention Centre. Wizkid has actively declared his intention to be close to his home-grown fans and these two shows will seal the love affair. Each show will have a lineup of supporting stars that includes artistes from Wizkid’s Starboy label imprint.

The festival is planned to have the most compelling stage with world class
visual aesthetics. URBAN MUSIC FESTIVAL is a cross genre show that meshes pop music with hip-hop, electronic and afrobeat blending them with a cool visual experience and an infusion of high octane energy for the attendees. The show is scheduled to hold at the Eko Atlantic City grounds. AFROBEAT FESTIVAL is launching in Nigeria this year mainly because Nigerian music is currently enjoying global acclaim with an attractive mainstream appeal. Several Nigerian artistes are at the fore front of the genre, perfectly blending it with subtle hip hop or highlife. Afrobeat Festival will curate eclectic performances from the artistes pushing their music boundaries and showcase them in Lagos. The event is scheduled to hold on the 22nd of December, 2018 at the Eko Atlantic City with
a lineup of incredible artistes.

Africa’s biggest award ceremony, The Soundcity MVP Awards returns to Lagos, Nigeria on the 5th of January, 2019 with an exciting line up of the biggest music stars and talents from the continent. The award ceremony, now in its third year will showcase the best of African talents, reward the most hardworking talents and excite a global audience of about 50 million eyeballs across the world in her typical fashion; from unleashing greatness to boosting artiste’s artform, MVP returns with the strong message of AFRICA IS NOW.

Tickets for all shows will go on sale starting from OCTOBER 19, 2018 online at WWW.XCHANGE.NG, you can also follow @XCHANGENG on social media to get up-to-date information about all the shows. Physical tickets can be purchased at Chicken Republic outlets in Lagos before show dates. 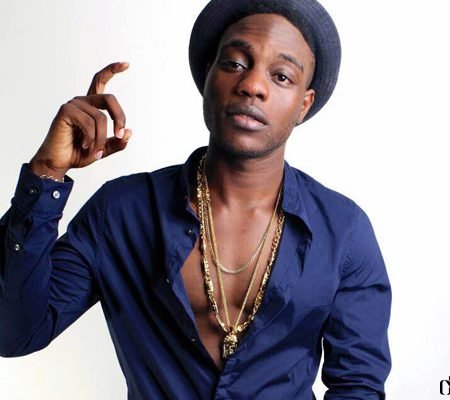 Next post Listen to L.A.X's 'Same Girl' feat. Davido off the 'Rasaking' album