Amapiano is the beautiful subgenre of house music that is taking over your speakers one tik tok video at a time. Amapiano which basically means ”the pianos” in Zulu is a very rich, decadent subgenre of house music that became popular in South Africa in 2012. Its sound is an art form, a beautiful sonic hybrid of jazz music, energetic baselines, and of course, high-pitched piano melodies.

Over the course of the past year, amapiano has gone internationally viral with even Nigerian artistes hopping on the trend and using the rich sounds for their own afrobeats fusions.Hot songs like Falz’s ”Squander” with Niniola, Rema’s ”Woman” ,and Zinoleesy’s ”Kilofeshe”.

Especially on the TikTok video app, the genre has been getting even more attention. A lot of this virality can be attributed to three Namibian producers who released an amapiano remix of Selena Gomez’s 2017 song with Kygo ”it ain’t me” that became an instant favourite on the app. You can listen to it here;

After listening to that, people were ravenous for the wonders of the genre and we’re here to bring you ten amazing amapiano dongs to scatter the dancefloor to, ready? Let’s go!

This title literally translates to “God” and is a prayer for good fortune. You’ll love the excellent vocals and beautiful video shots

This is one of the amapiano songs that spurred a dance challenge online. It’s so catchy, who wouldn’t want to dance to this?

No words, all talent. This track has no vocals and it’s an instrumental that captures the quintessential nature of the genre. Dance your heart out.

Two of the top rated amapiano vocalists collaborate on the DJ Maphorisa x Tyler ICU song Banyana. This convergence of talent makes this song a must listen.

The amapiano genre has a highly collaborative nature. DBN Gogo and Blaqnick & MasterBlaq produce this track while Mpura, m.J and Ama are on the vocals. The song reportedly went platinum in South Africa within its first three months of release.

On this track, Lady Du, who got engaged back in August, threatens to slap any woman that touches her man and talks about her good fortune and celebrates her successes.

This high energy track is from an internet sensation turned certified hit maker.

Mr Jazzy Q is on a roll with his collabs, this Focalistix track is definitely a staple for the dancefloor

This track carries a much more chilled energy than its other amapiano counterparts but the rolling drums and vocal harmonies are just as enjoyable. 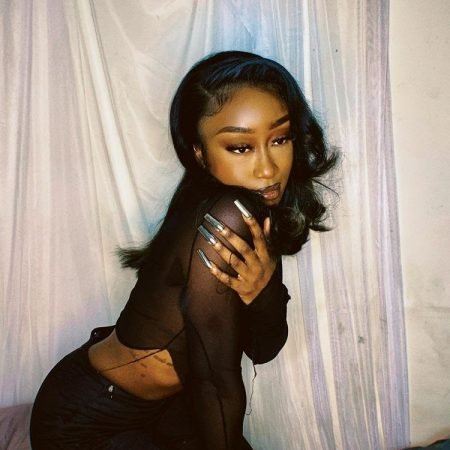 Previous post 10 Artistes You NEED to Add To Your Playlist Next post JoeyDECORUM Is Taking Over Your Airways With ”Radio Sound”