Nigerian afrodance star and international hitmaker SKALES was in the middle of his North American autumn tour last month, after having completed a sold-out European summer tour and released one of the afrobeats songs of the summer ‘Say You Bad (Remix)’, when he found out the heartbreaking news that his mother had passed away. With the musician pushing back his long-awaited Sweet Distractions deluxe album to 2023 to pay respects to his late mother, her passing has also formed the backdrop and inspiration for him to release his hopeful new single titled ‘KONIBAJE’.

Translated from his native Yoruba language to English, ‘Konibaje’ means “it won’t be bad”, and the song follows through on this meaning with its hopeful and resilient theme. Produced by longtime collaborator Jay Pizzle (Kizz Daniel, Patoranking, Olamide), Konibaje’ is an infectious dance floor filler laced with thumping drums and catchy synth arrangements, as we have come to expect from Skales. Lyrically, the Nigerian music heavyweight is in a self-confident mood on ‘Konibaje’ as he croons about being resilient and taking care of business in the face of adversity.

Speaking about the inspiration for ‘Konibaje’, Skales says, “Life is happening, and it’s those things that are happening to me and around me that made me come up with this song. My aim for the song is to give hope and confidence to anyone listening that may be going through it. Also, this song is really special to me, as it is my first release since my mother passed away, and instead of being sad, I am choosing to celebrate life, and strive for more success, just like my mum would want me to”.

With over 200 million plays online, five critically acclaimed projects that have given us hits such as ‘Shake Body’ and ‘Temper’, as well as international collaborations with the likes of Major Lazer, Nicki Minaj and Burna Boy under his belt, Skales is one of Africa’s most treasured music heavyweights, with his own unique sound that has found the perfect medium between afrobeats and electronic dance music. The award-winning star is also one of the continent’s most travelled pop stars, having performed in over 20 countries across the world in the last two years. 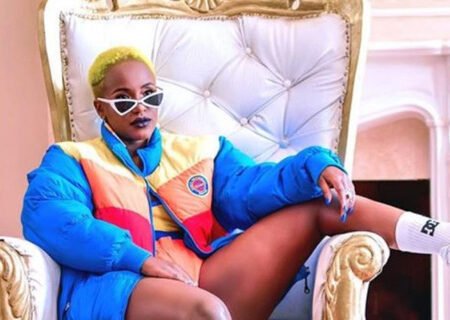