Unseen video of a deadly 2018 shooting that DaBaby was involved in at a North Carolina Walmart has surfaced.

The new video, which contains no sound, begins with DaBaby appearing to be confronted by two individuals: Jaylin Craig and Henry Douglas. A physical altercation breaks out between DaBaby and Douglas after Baby punches Douglas. Craig can be seen appearing to brandish a weapon in the background, but then tucks it away.

DaBaby and Douglas’ brawl leads to another camera angle, which shows them both struggling upright against each other. Craig then walks over to them, appearing to reach for a weapon a second time before attempting to break the rapper and Craig apart. DaBaby’s then-girlfriend, Mariah Osbourne, confronts Craig, appearing at one point to raise her right hand up to his face as Baby and Douglas continue to struggle.

The footage then breaks to the previous angle and shows DaBaby sliding on the ground into frame with a firearm in his right hand. He then adjusts the hood of his hoodie that was on his head and appears to fire the gun. The footage does not show Craig being hit, only DaBaby appearing to shoot the firearm. You can watch the video in full at the bottom of this post.

As previously mentioned, the Kirk rapper has continually maintained his self-defense claim in the years since the shooting.

“If them gunshots ain’t go off, nigga, my fuckin’ daughter could’ve got hit, son could’ve got hit, me,” he said in a video on social media just days after the incident. “Fuckin’ lawyers telling me not to say something and shit, fuck all that. Two niggas walk down on you and your whole muthafuckin’ family, threaten y’all, whip out on y’all, nigga, let me see what y’all gon’ too.”

Craig’s family, on the other hand, has a very different perception of their son’s death.

“We never hid from nobody,” Craig’s mother, Horsley, told Rolling Stone. “We never heard from nobody. Y’all knew our names from a news clip. But nobody ever asked us what was Jaylin like. Nobody.”

“This is stressing me out right now because every time you turn on the radio, you hear DaBaby Craig’s father, Curtis, said. “You can’t even listen to the radio. I think about my son constantly. We all are going through the same stuff. Every time we talk about it, we think we are getting somewhere, and nobody is trying to help us. Every lawyer we talked to, they look into this case and say OK, we are going to get back with you.’ We don’t hear nothing back.”

While DaBaby was never prosecuted for the death of Craig, he was charged with a carrying a concealed weapon. DaBaby did not have a permit for the weapon. In March of 2019, the charge was suddenly dropped after, “a key civilian witness was unavailable,” according to Rolling Stone via a county representative.

However, the charge was later brought back on DaBaby by the state and he was sentenced to 12 months of unsupervised probation, along with a suspended 30-day jail sentence.

Rolling Stone received the following response from the District Attorney’s office in response to the question of why DaBaby didn’t receive any harsher charges: “We reviewed the police investigative file and agreed with the Huntersville Police Department’s decision not to charge Mr. Kirk further, as prosecutors could not prove beyond a reasonable doubt that the defendant did not act in self-defense.”

According to a local Fox46 station in North Carolina, a report they ran in March of 2019 after speaking with Craig’s parents claims that the security footage was not shown in court.

DaBaby has already appeared to respond to the footage surfacing. “The niggas preying on me can’t fuck wit the people praying for me!” he wrote in a tweet tonight. 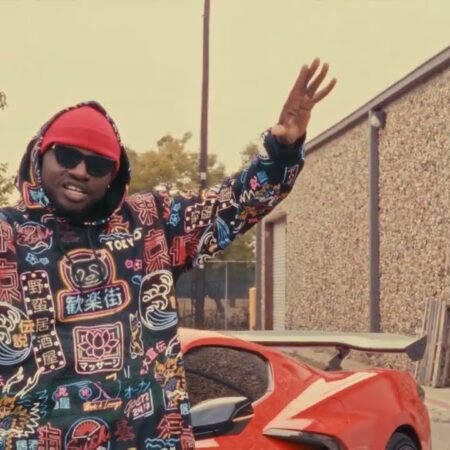 Next post We are back! Necessary Noize Announce Grand Come Back With New Jam