Barbadian singer, Shontelle, famous for 2010 hit, Impossible, is making a comeback to the music scene with her new historic single ‘’House Party” which was released as NFT, a blockchain-based form of unique digital artwork.

The 35 year old singer becomes one of the first artists to launch a cutting-edge blockchain project with her song. This revolutionary process paves the way for contemporary black women and younger black female artists to adopt the new technology.

“It’s a good way for you to bridge the gap between the music world and this new technology of earning, to empower people,” says the singer, born Shontelle Layne in Saint James, Barbados. “I like to be able to use my music or the fact that people know me through my music … so I can teach them things.”

Non-fungible tokens ( NFTs), have become all the rage in the business and cultural worlds. These digital certificates of ownership are stored on blockchains, or distributed ledgers. They were used to certify a piece of digital art that sold for nearly $70 million at auction, as well as Twitter CEO Jack Dorsey’s first tweet, which was purchased for more than $2.9 million. NBA Top Shots, short highlight videos, were also among the first NFT hits, with some selling for thousands of dollars, including a LeBron James dunk that fetched $208,000.

The music industry has benefited from technology in more ways than we can ever count. We’ve watched the industry blossom into a tech-enabled giant since the invention of digital streaming platforms, which has drastically reduced piracy, and artists, of course, have benefited greatly.

Artists are coming up with inventive ways to make money from their work, especially given the restrictions the pandemic has placed on touring  with NFTs (Non-Fungible Tokens) serving as a growing money-maker in the creative space.

Earlier this month, Kings of Leon’s most recent album, “When You See Yourself,” was released as an NFT (for $50, you get the token, a specially-made vinyl album, and a digital download).

Lindsay Lohan is auctioning off an NFT of her new song “Lullaby,” which she co-wrote with DJ Manuel Riva, on the Fanforever platform, which has already signed Swae Lee, Tyga, Ne-Yo, and Soulja Boy to its roster. More than $32,000 is the current bid.

Snoop Dogg expressed his interest in the NFT on Twitter last week, and The Weekend said he had a similar interest “In NFT space, there’s a new song. soon to be released…”

Record labels are also exploring  NFTs. Death Row Records has just released three $30,030 30th anniversary medallion necklaces, each with a 3D file of the medallion and exclusive audio of the Nate Dogg song “Nobody Does It Better.”

‘’How musicians, artists, and labels use NFTs will evolve’’. This is according to Shelly Palmer, CEO of The Palmer Group, a consulting firm that assists Fortune 500 companies with technology, media, and marketing.

“But for now, this is a way to grab a piece of a celebrity and a unique way for artists to collect money directly from fans,” said Palmer, who is working on NFT plans for several clients.

During the pandemic, independent artists have struggled to tour and sell merchandise due to the lack of funds. Shontelle says. “It’s not really the music sales that we make money from; it’s touring, it’s selling merch, all of that,” she said. “I align NFTs with selling merch.”

The highest bidder in her online auction, which runs April 8-11win  an NFT, which can be exchanged for a cameo in Shontelle’s soon-to-be-released song “House Party” as well as their name being included in the lyrics of a special version of the song. It will be recorded on a “dubplate,” a Caribbean music tradition in which a DJ commissions an artist to dub the DJ’s name into a remake of the song.

With interest in NFTs at an all-time high, Shontelle hopes to attract bidders who aren’t just fans. Her status as one of the first, if not the first, Black woman musician to release her own NFT offerings may entice bidders. “Someone might see the value in that alone, but they might also be a true fan who wants to collect this one-of-a-kind artwork that only three people can get,” she said. 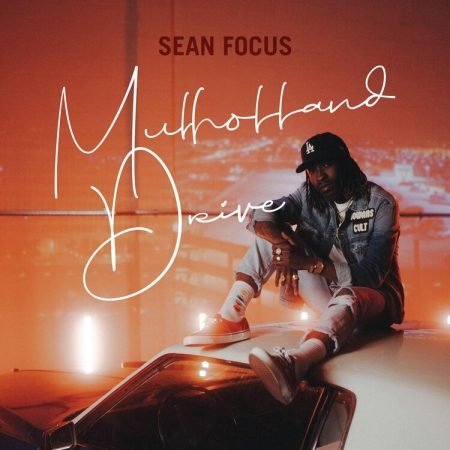 Next post Blaqbonez To Release New Album On Friday