Videz Hybrid continues his current streak of releases with the sharing of two music videos, “U Don Know” and “Imagine”.

Kenyan dancehall star is at again with two releases that are blazing hot just after the release of his street banger ‘We are one’ that got very rave reviews on local and international media spots making it a straight hit straight to the top charts.

Both songs were produced and mixed by Videz himself and their visuals shot and directed by Bryan M Brand.

While “U Don Know” is a dancehall record that features rapper Kash Grindhauz and Chaos, “Imagine” is a reggae-flavored song performed by Videz and is the second official leak off his forthcoming debut album. The two tracks were recorded, mastered and released via Kenyan music label, Grosspool Music.

“Imagine” highlights the general struggles artists endure to get people to appreciate their art. The singer/songwriter and producer go further to say: “Some of us survive, not on money, but the passion that we invest in our art”.

The video features clips that celebrate talented footballers and hustlers. On the other hand, “U Don Know” is street-centered and expresses that Ghetto life.

This release of singles will culminate into an album release on 4th December. The title will be announced soon. Watch the videos below via YouTube. 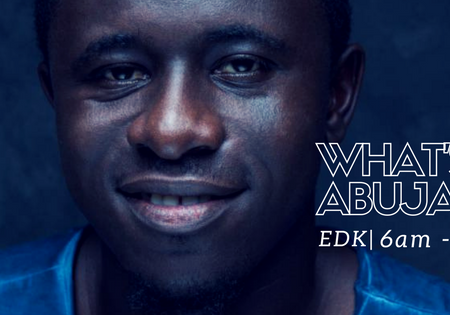 Previous post What's Up Abuja with EDK - The After Show Podcast | 'War against the Sweet Boys' with Blessing, Ilo and Dro Ameh

Next post Listen as Dr. Dolor and Teni come through on 'Rambo'