Jon Snow has been mumbling about the coming cold for seven seasons, the citizens of King’s Landing have been pulling their winter woollies out of the back closet and now it’s finally time. Winter is here!

Game of Thrones season 8 kicked off with a bang on Sunday and episode one was everything we hoped for. And because this show is more complicated than the Dewey Decimal system at the Citadel library, we’ve got everything you need to know from episode one in a handy recap.

🚨🚨🚨 *Warning: This article contains spoilers for Game of Thrones season 8 episodes 1 and 2. 🚨🚨🚨

It goes without saying the below is filled with spoilers. But that’s what you’re here for right?

Episode 1 Recap: Reunions are coming
For those of us who just rewatched the wall-melting, dead-marching, ice-dragoning action of the end of season 7, the season 8 premiere was a lot more about establishing action and plot points for the episodes ahead.

Daenerys’ armies are on their way north and that means it’s time for everyone to descend on Winterfell and take stock before the battle against the undead starts.

Everyone’s here! Tyrion sees Sansa and they have the kind of “whatcha been up to?” banter that you’d have with your ex-husband at parent-teacher night. Jon sees Arya! The two play a game of “check out my sweet sword” and Arya massively downplays how many people she’s killed. It was the Winterfell equivalent of your bigger brother asking you how many beers you had at that underage party. Everyone sees Bran, but they all kind of pretend they have to go send that important raven so they don’t have time to chat now, sorry.

But there’s no time for reunions now! The Lords of the North are dealing with the fact that Jon bent the knee (and his heart, awww!) to Dany. What happened to the King of the North? Since when did pledging allegiance to the Starks mean a 2-for-1 deal with a Targaryen? Jon defends his decision (in between making some pretty hectic “Get down low and Snow, Snow, Snow” eyes at Dany) and the general mood is that everyone needs to band together to fight the dead. Meanwhile, Sansa, who has been doing quite a good job of running logistics in Winterfell, thank you very much, feels a bit like a host who’s just found out dinner is going to have an extra 10,000 guests. She definitely doesn’t have enough leftovers for all these armies. Also, do dragons eat gluten free?

HBO
Cersei, who has seriously upped her epaulette game since Season 7 (armoured shoulder pads are in) is quite delighted to learn that the dead have broken through the Wall and are on their way to go full brain-buffet on Winterfell and Daenerys’ armies. This lady has a proven record with being pretty chill about the undead (see: Zombie Mountain).

With all that free time, now that she doesn’t have to battle wights, Cersei makes time for The World’s Worst Fiancé, Euron Greyjoy. He’s torn himself away from playing Xbox on his boat to appear in Cersei’s throne room (which has been upgraded since last season with some lovely cast iron fire pits — $165 on Amazon). Greyjoy presents Captain Strickland, the new leader of the Golden Company mercenary army. Imagine a poor man’s Jaime Lannister — he’s kind of good looking, but in a “I just got here, who are you?” way. He’s probably going to be important later, hence the borderline hotness.

But turns out the Golden Company doesn’t quite match its Tinder profile pic when it comes to head count or battle elephants and Cersei is visibly disappointed. But nothing that a little bedroom time with Euron won’t fix. Just quietly, “I wanted those elephants” is just about the best post-coital line I’ve heard in a TV show.

You know how else Cersei likes to ease her stress? By putting a bounty on her brothers’ heads! (That’s right, brothers PLURAL!) We catch Ser Bronn in a brothel (with naked ladies — that’s your cue to drink if you’re playing a Game of Thrones drinking game). Qyburn the mad scientist gives him a sweet crossbow and intimates that Cersei loves a little dramatic irony. Kill Tyrion and Jaime with the same crossbow that killed her father? Bronn, ever the sell-sword, accepts.

MEANWHILE. Back on the Iron Island’s battle boats we have learned that Yara Greyjoy is alive. What disappeared in Season 7 may never die! Younger brother Theon comes to rescue her (hopefully making good for his poor actions last season). After a little sibling jostling (oh, I only headbutt ’cause I care), the two are on good terms again. But Theon’s heart is elsewhere and Yara, sensing this, gives him leave to go and fight with the Starks.

Magic dragon ride!
Back at Winterfell the armies are still gathering, so there’s time for a well earned magic carpet ride — sorry, dragon joyride — for Jon and Dany. Cue 108 seconds of complete fan service that, let’s not lie, we have all absolutely been waiting for. They fly to a waterfall (the ghost of Ygritte quietly curses Jon’s apparent penchant for cave sex) and the dragons watch as they make out.

Yes, this is the equivalent of going home with a date who refuses to kick their three Basset Hounds out of the bedroom (Jon Snow makes some great eye contact with Drogon mid kiss) but it is Grade-A content that is here for the Jon & Dany shippers.

HBO
We cut away from Pervy Drogon to Gendry, who is busy smithing weapons out of dragonglass (turns out he’s a boss at that) and, what’s that, another reunion?

It’s the Hound coming face-to-face with Arya! “You left me to die,” he says. “First I robbed you,” she retorts. It’s a bit of a nothing reunion, to be honest, but maybe The Hound is right: Arya is a “cold little bitch” now and she isn’t here to have some adorable moment with the man who killed her friend (remember Mycah, the Butcher’s Boy? Sweet mercy that was a long time ago — I’ll forgive you for forgetting).

We get a bit more from Arya’s reunion with Gendry (with some more “oh hey, check out my sweet dagger” action). Arya played it very cool and I am definitely willing to consider shipping these two. She also put in an order with Gendry for a custom piece of weaponry. We only get a quick glance but it looks like a piece of dragonglass that attaches to an existing hilt (maybe her Valyrian steel dagger?) Man, I hope this becomes Arya’s Knifey-Spoony.

Meanwhile, Dany’s back from Make-out Creek and runs into Sam! An adorable meet cute. Because this is bumbling Samwell Tarly, no one has told him his father and brother are dead. Whose job was that?! Jorah, maybe? Daenerys tells him they died by dragon fire because they wouldn’t bend the knee. Sam runs outside to find the nearest toilet cubicle to cry in, but instead finds Bran creeping in the courtyard. (Sorry, it’s not Bran. It’s the Three-Eyed Raven. FFS, Bran, you make it hard to like you). Raven Boy tells Sam it’s time to fill Jon in on his awkward lineage (awkward that it turns out he’s a king, awkward because he’s been necking his aunt — not great all round).

Sam meets Jon in the crypt and tells Jon the truth: “You’re the true king. Aegon Targaryen, sixth of his name, protector of the realm. All of it.” Jon is… not stoked. But kudos to Kit Harington for acting the emotions of “reanimated bastard who’s just learned his Girlfriend-Queen is now his Aunt-Inferior.” Those years of acting school just paid off.

Night King woz here
Reveal! Tormund Giantsbane didn’t die in the great wall melt of 2017. He’s alive! Of course, the show spoiled that in its own trailer for Season 8, but if you didn’t know then here was another reunion for you. Tormund is at the Last Hearth (home to House Umber, a family of the north pledged to House Stark) with Beric “Just Wait While I Light My Sword” Dondarrion. They find the last remaining members of the Night’s Watch, including Eddison Tollett (man, I did NOT think this guy would survive back in season 1), who reveal that the Night King has been through and left his calling card.

What’s that? A child stapled to the wall surrounded by limb pieces? You could have just left a Post-it note. The wall boy is Ned Umber, who earlier in the episode had been sent to gather the last of his family’s men to join Jon and Dany’s northern army, but instead got turned into a wight (that was a nice jump scare) and pinned up in the world’s most depressing Catherine wheel. They light him on fire (because what’s the point of a Catherine wheel if you don’t light it up) and get some much needed warmth before trudging on.

After all the waterfall makeouts and dragon flights, this is the Game of Thrones gore we remember. Plus, the spiral pattern on the wall is one we’ve seen since season 1, and it definitely holds significance.

One more thing…
In the closing moments of the show, a dark and mysterious rider arrives at Winterfell (wouldn’t it be sweet if this how the Night King rocked up to kill everyone). But it’s not the Night King. It’s — reveal — Jaime Lannister!

Of course, there’s Bran, watching him like a creeper across the courtyard. But then again, he probably knew Jaime was coming. Don’t you know? He’s the three-eyed raven. He’s kind of a big deal. Breathe it in, because that’s one of Game of Thrones’ final cliffhangers ever.

The verdict
There wasn’t a great deal of action, but this episode is definitely laying ground work for what we’ll see in the remaining five episodes of this season. It feels like the perfect bridge to connect the action of season 7 with the battles and drama still to come. For die-hard fans wanting a big bang, you’ll probably need to wait a little longer. But for those who love the fan service of all their favorites coming together, then this was good fun.

We’ll be back next week, but in the mean time, you can check out the trailer for episode 2 below. 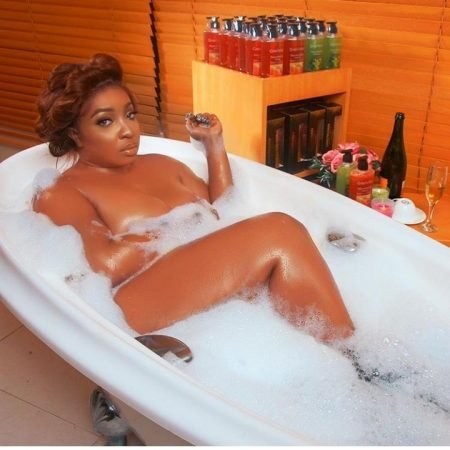 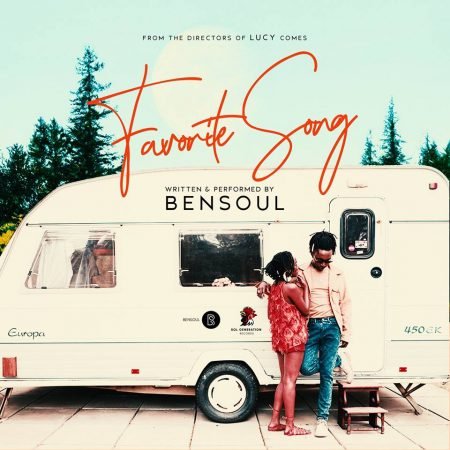