D-Truce is guest on Street Inferno Sessions, a platform for rappers to connect with the audience in live performances that center on lyricism and content.

D-Truce (Dusten Truce) whose real name is Chukwuebuka Dusten Anyasie, studied electrical engineering at the yaba college of technology Lagos, he started rapping at about the age of 14. He wrote his first song in 2009 and recorded his first song a year after.
He released a mixtape series in the summer of 2011 which was titled “Mixtape killer” under Turnout Records an American/Nigerian Record label. The mixtape didn’t do too well, but he was relentless in his hustle.

Breaking away from his former label in early 2012 he went ahead to continue his career.That same year, he was on the Nokia “Don’t Break The Beat” rap battle competition, in which he took third place a few months later he was featured on Modenine’s Occupy The Throne Mixtape, Aq’s E.P, also on Cyrus the Virus’ Infiltration Mixtape.
He also performed along side Illbliss in the Febuary 2013 edition of the One Mic Live Band Session.

He dropped his “Truce Shall Set You Free” mixtape (#TSSYF) in June that same year, featuring his major songs “See” and “Hold On” which enjoyed airplay on radio stations nationwide, and got him major online buzz and cosigns from industry heavy weights.

The young rapper who is also a copywriter joined the X3M Music family in November 2014 and is currently a featured character “Jared” in the Nigerian TV series – Tinsel.
He released his debut single titled “Better Days” in May 2015. The single features label mate Praiz and has enjoyed airplay and positive reception from the general public.

Truce is currently working on a new sound which he says is an infusion of rap music to every other genre, creating what he tags as “Feel Good Music”. 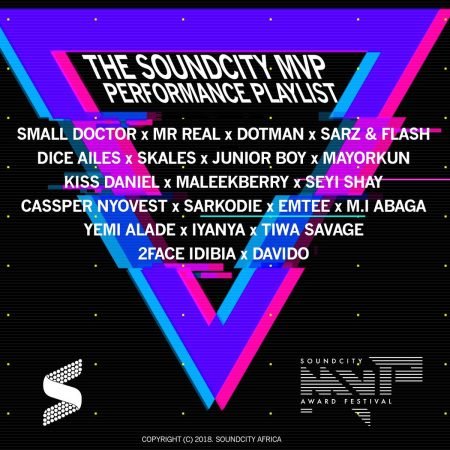 Next post Start your year proper with the #SoundcityMVP Performance Playlist!