Tanzanian superstar, Diamond Platnumz just had a win at the MVPs but he was one of the most talked talent on social media as he bagged the award for “Best Male” where the likes of Wizkid, Davido, Sarkodie, Runtown, Olamide, 2baba, Navio and Shatta Wale were also nominated. Fans especially from Nigeria did not take it likely as their favorite didn’t come out as winners, some fans went on to say while most fans campaigned for votes for others, Diamond fans were on the soundcitymvp.com site to cast their votes. See some reactions below:

Best Male MVP at the #SoundcityMVP is Diamond Platnumz!

See some tweets after he was announced winner;

For all those tweeting about Diamond Platinumz not deserving the award he got .. if you did not vote .. keep quiet 🤫 #SoundCityMVP

We find it hard to vote but we can come online and rant ..

Will your rant win the award for Davido or Wizkid pic.twitter.com/9Rh8GpFC26

I am East African and am sure am so right wen I say diamond did not deserve that award It was either Davido, wizkid or Runtown #SoundcityMVP

So you’re telling me Diamond Platinum had more votes than Wizkid and Davido #SoundcityMVP pic.twitter.com/7dkXCfGQMj

Everyone in Africa has at least one Diamond’s songs on his/her phone. The man is pure talent #SoundcityMVP

A particular fan/music pundit made a thread on this;

Soundcity TV has a radio station and 5 TV stations now. They also broadcast across Africa. They have also had TWO continental award shows (Soundcity Music Videos Awards and MVP Awards).

It all started as a 30 minutes TV program. The growth is amazing. #SoundcityMVP

Diamond Platnumz is one of the biggest Artists in Africa. Let’s not be partial. #SoundcityMVP

Diamond was representing one country and an entire region, East Africa. Wizkid, Davido and other Nigerian Celebs had to split votes amongst their fans. East Africans love polls like mad, and this is a huge opportunity for them. So, the votes must have pilled up.

Soundcity gave us a great show. 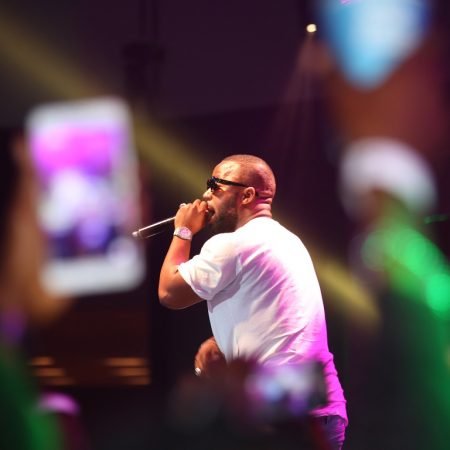