The ‘African Giant’ Burna Boy was on The Daily Show with Trevor Noah on Tuesday where it was all bants and laugh galore. The AfroFusion singer shared how the ‘African Giant’ term came from and the Coachella event that led the outburst.

I was on a toilet seat and my mom called me to say you’re doing Coachella and I was like, yeah, that’s nice. So, I get off and go on the gram and then I see the thing and then I’ve seen all the names and then I’m looking for my name but I can’t find my name… I literally can’t find my name. So I’m like am I really performing … what’s going on, but (my mom) was like it’s there… They had to circle it for me… so basically that has never happened to me before, I’m used to being The African Giant.

I’m not used to that, so I was like, what’s this? I don’t like this, No. so basically I expressed myself and told them. and it’s just for that, it’s for the fact that everyone that’s coming after me shouldn’t have to go through that … it should be the same with like the Latin artistes and all the international people that were there, you know. 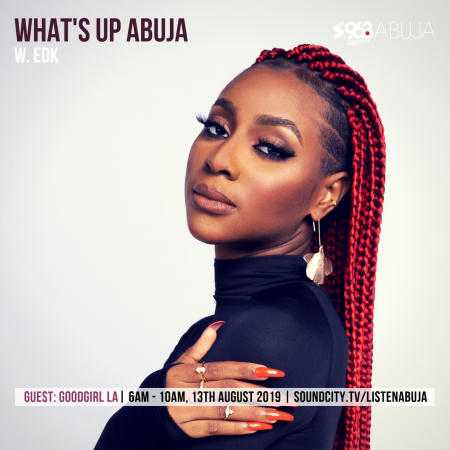