RAFIKI, a movie directed by Kenyan storyteller and film director Wanuri Kahiu, a coming of age story set in Nairobi has been invited to Cannes Film Festival. 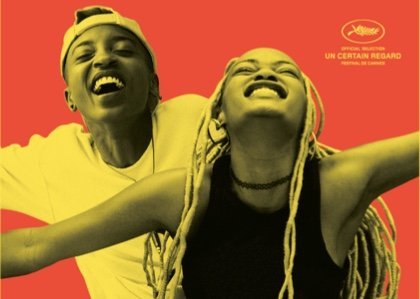 It is the first Kenyan feature film to be invited to the festival and is a true testament of the work, skill, craft, of the Kenyan cast and crew. It acknowledges Kenya as an emerging film economy worthy of attention and its role in African cinema. The film joins the lineage of films shown at the festival by filmmakers like Sembene Ousmane, Haile Gerima, Abderrahmane Sissako and more recently African female filmmakers like Rungano Nyoni, among others. It also adds to the variety of Kenyan films that have recently been celebrated and awarded internationally like Nairobi Half Life, Super Modo, Kati Kati, Stories of Our Lives and others. RAFIKI is glad to be part of a strong and vibrant Kenyan film economy.

Inspired by the 2007 Caine Prize Winning short story “Jambula Tree” by Ugandan writer Monica Arac de Nyeko, RAFIKI is a witty, playful and touching portrait of a community affected by a relationship that blossoms between two young women. This politically timely film celebrates love and asks whether it’s safer being invisible or it’s better to defy conservative rules, while discovering your identity and destiny through love. The film is a combination of struggle and the power to dream and love. The love story resonated with Wanuri Kahiu, who had the vision to change the setting to Kenya and place the film in a vibrant, present-day urban environment. Kahiu worked with co-writer Jenna Bass and together they added further elements to the screenplay that speak to the present-day concerns and conflicts affecting people like Kena and Ziki even in young, vibrant, millennial Nairobi.

Read more of the press release below;

Set in a Nairobi neighbourhood, RAFIKI celebrates music and fashion of Nairobi. With Costume Designer Wambui Thimba pulling from local clothes brands like Peperuka and redesigning clothes for each character, Thimba created a look that speaks to the vibrancy, fun and playfulness of Nairobi. RAFIKI is complimented by the joyous, independent feel of the soundtrack which acts as a sweet testimony to the creative energy of young, vibrant, millennial Nairobi. The score is by all-African, all-female musicians including Afro-electro award-winning powerhouse Muthoni Drummer Queen “MDQ” and newcomers Njoki Karu and Mumbi Kasumba.

Previous post Efya Steps Up Her Birthday Celebration With The Release Of "Mame" feat. Mr Eazi 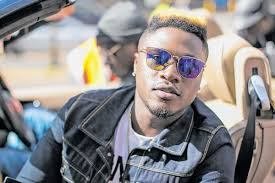