12 Things you might not know about Soundcity MVP’s Artiste of the Year, Burnaboy

1. At the age of 15, Burna Boy got his first tattoo. He says his tattoos are a representation of him artistically. He has more than 12 tattoos on his body, including that of his role model the renowned Fela Anikulapo Kuti.
2. His first album “L.I.F.E” sold out 50,000 copies on the first day.
3. Burna Boy during a performance has fallen off stage and broke both his leg and ribs.
4. He also loves to watch cartoons and comedy.
5. Burna Boy’s grandfather was also into showbiz. He used to be Fela’s manager.
6. He started doing music professionally when he was 19 in 2010.
7. He was born on the 2nd of July 1991.
8. His role models are Fela Anikulapo Kuti, 2Face Idibia, and Sizzla Kalonji.
9. In 2013, he was awarded the Best New Act of the year at the Nigeria Entertainment Awards.
10. He sold out the 5,000-capacity O2 Brixton Academy in London
11. In October 2018, Burna Boy became Youtube’s Artiste of the Month.
11. In 2018, He had his first concert in Nigeria “Burna Boy Live”
12. In 2018, He won 4 awards at the Soundcity MVP Awards in Nigeria.
“Listeners Choice” “Best Male MVP” “African Artiste of the Year” “Song of the Year” 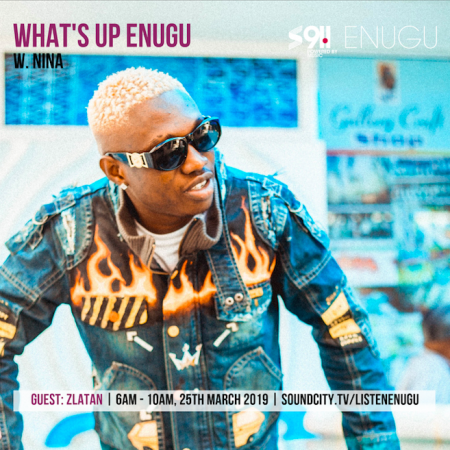 Next post Zlatan talks Career, 'Zanku', Humble Beginnings and More with Nina on 'What's Up Enugu'