Gabonese-Congolese afrofusion artist and rapper BORELSON has linked up with Nigerian artist-producer Omaremii and Congolese afrobeats musician Moncliche to deliver the infectious new afrofusion track titled ‘411’. Co-produced by Borelson and Timbaland collaborator Glenwoodonly, the summer ready offering delivers a captivating melting pot of pan-African music sounds, which sees the artists showcasing their afrorap, afro-R&B and afrobeats sensibilities all over the catchy track.

The infectious ‘411’ comes on the back of Borelson’s recently released sophomore album Building Bridges, which was released in the autumn to rave reviews from fans and critics alike, and it sees Borelson in flying form, as he raps about communication being the key to any relationship. He is flanked by Nigerian newcomer Omaremii, who adds his own afrobeats flare to the track, and Congolese up-and-comer Moncliche, with his melodic afrorap sensibilities.

Speaking about the inspiration behind ‘411’, Borelson says, “The idea came from me reflecting on previous relationships and my desire to understand women better, with the song exploring the different communication and trust issues we often experience in relationships. The accompanying video really brings some of these troubles to life, but it also offers a message of hope that shows that as long as you’re willing to make things work and communicate, there’s always a happy ending”.

Now residing in Canada, Borelson spent his formative years between Gabon, Congo and France, and he brings this global citizenship and multicultural background into the music industry, where he is an award-winning artist and creative. His unique afrobeats and hip-hop fusion has birthed two acclaimed albums in two years, a ‘Top 100 Songs of 2021’ accolade from CBC Music, and performances all over the world, from Toronto to Paris to Miami to Accra. His new single ‘411’ is a precursor to his biggest headline concert taking place at Toronto’s renowned Adelaide Hall on September 22. 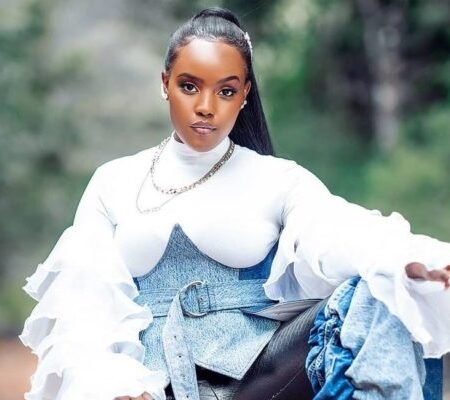