5 new music videos shot in Jamaica – Stonebwoy. 2 videos for his upcoming major projects and 1 each with Mr. G, Fay-Ann Lyons and Khalia.

The Ghanaian Reggae/Dancehall megastar after his recent shutdown concert at the Virginia Commonwealth University on April 29th did a second business trip to Jamaica to cement some unfinished jobs (from his earlier visit in March, 2017).

Out of the 5 videos shot, 3 solid productions from the songs were done by Grammy Producer, Tony Kelly, another by TuchPoint Music and a last one from Fay-Ann Lyons’ Billboard album “Break The World”. With the 3 productions from Tony Kelly’s, Stonebwoy owns 1 and the other 2 were shot features done for new Jamaican female sensation, Khalia, and another for prolific Jamaican Singjay, Mr. G called “California” (already buzzing the airwaves in Jamaica, Ghana and abroad).

Stonebwoy returns to Ghana soon, according to his Manager, Sidi Mohammed (Blakk Cedi). He was very happy about the new projects Stonebwoy’s involved in, “because it has opened a lot of doors for him and other Ghanaian artistes into mainstream Caribbean, Europe and USA.”

Dates for the video releases haven’t been announced yet but we are assured they’d be out soon. Below are some exclusive photos from the video shoots. Stonebwoy himself posted a few images from his social media page instagram, but here are more Behind-The-Scene shots. 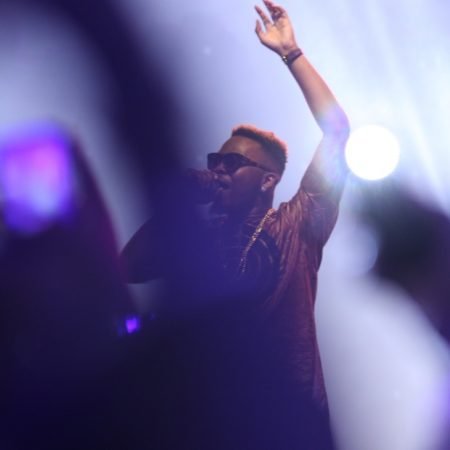