Over the last week the biggest story of Hip-Hop in 2018, Pusha T vs. Drake, sprung back to the top of everyone’s minds due to an appearance of the latter on LeBron James’ HBO show The Shop. During his time there, Drake stated Kanye West leaked the information about his son and expressed how Pusha T went too far in the beef. Now, Pusha T is a guest of The Joe Budden Podcast and reveals that it wasn’t Kanye but the information stemmed from his own man.

Episode 188 dives directly into the beef and sparks reactions to the information, then Pusha reveals beginning at the 24-minute mark that he found out about Drake’s son, the Adidas deal and more due to 40 pillow talking with a woman he was dating who then relayed the information:

“The information came from 40, it didn’t come from Kanye. 40 is sleeping with a woman who begins to, you know, he talks to her daily, five, six hours a day. Provides opportunity for her and ultimately speaks about how he’s disgruntled about certain things, notoriety and things involving Drake and his career. With that also came the fact that Drake has a child, with that, also came the trip everybody took to see the child and bring him gifts and all of this information. She divulged this information. That’s where it came from.”

Pusha T would go on to say that he never mentioned it because he was being spiteful.

In addition to the talk about the beef with Drake, Pusha also details the back-to-back G.O.O.D. Music releases that he admits was rushed, interactions with Kanye West and more. Check out the entire podcast from the link below. 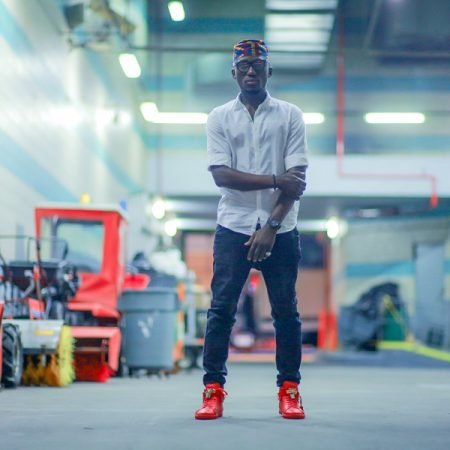 Next post Shakar EL is back with Fliptyce-produced banger! Listen to 'OliMango'