Xzibit, took to Twitter to call out his son, Tremaine Joiner who implied he’s an absentee father in his retweet. 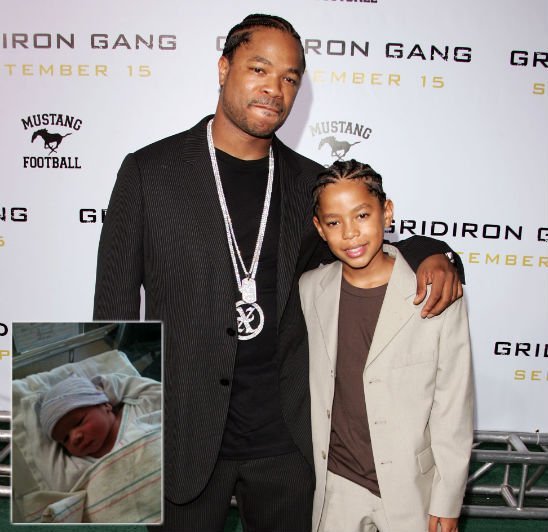 The online bashing was sparked after Tremaine added ‘he could relate’ to his retweet of an interview Style P had with Breakfast Club where he talked about black fatherhood, and the psychological effects absentee dads have on their children’s mental state. 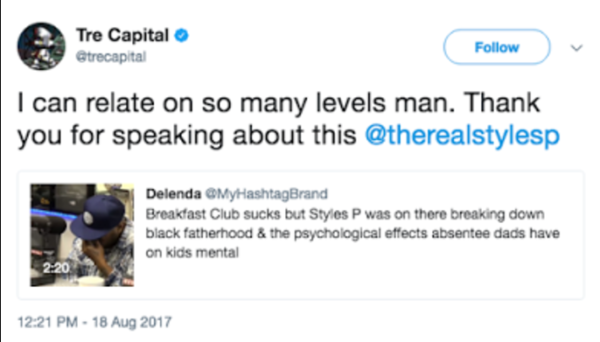 His retweet which indirectly implied that Xzibit was an absentee father, sparked tweets in which the rapper accused the boy’s mother of being the one responsible for having used him as a food stamp. Here are his tweets; 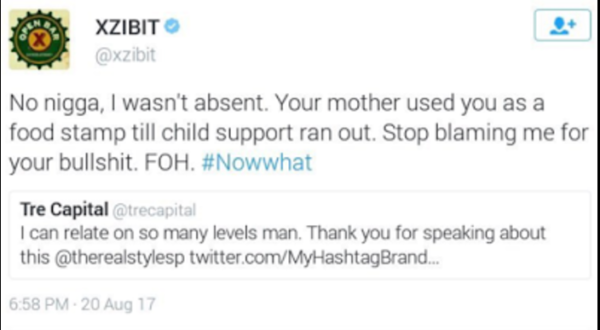 However social media users who reacted to Xzibit’s tweets, said it was wrong to call his son a Nigger and shift the blame to the boy’s mother, as they further claimed it proves his son is right, though there were some on his side.

Woman Accuses R. Kelly Of Having Sex With Her At 16, Then Paid Her To Keep Quiet