Award-winning and hit-making Producer popularly known as Del B has taken Eric Many to court over unpaid royalties for his work with Runtown on ‘Mad over You’ and ‘Bend Down Pause; which is gathered to be running into tens of millions of naira.

This was brought to the fore recently when the producer in a chat on Nigerian radio revealed that he had taken Okwudili Umeyiora owned Ericmany entertainment, the struggling former record label to Afro pop star Runtown to court and they were served in December 2018.

Producer|artiste #DelB – who just released the #Afrodisiac mixtape has taken #EricMany, #Runtown's former label to court over failure "to pay the producer for 'Bend down pause'" & "refusing to agree to a compensation|" for '#MadOverYou' Details on soundcity.tv shortly

The situation began after the release of ‘Bend Down Pause’ where there was an understanding that all documentation would be sorted before the monster hit ‘Mad Over You’ followed but the later record was allegedly leaked by a label rep without contracts signed and due licensing or paying the producer his advance fees.

The label had at first denied knowing Del B only to retract and still not compensate the producer. The producer and singer Del B – Who just released the Afrodisiac mixtape said “one’s humility can only be pushed so far, I’m not afraid of anyone or their threats, I’m also not interested in quarreling with anyone or taking sides in any quarrel. I’m just about my business and will do business with anyone I need to it’s not a personal issue but I won’t sit around and be screwed over or pushed about either.”

He added: “I’ve done my part and now the matter is with the lawyers, they’re equipped to deal with the matter in court for as long as Ericmany wants. My focus is on my new projects and other upcoming ones lined up this year.”

In related news, Del B’s new tape is made up of eleven tracks (solo cuts and collaborations) featuring Seyi Shay, Mr Eazi, Davido, Wiz kid, Flavour, Runtown, Dice Ailes, CDQ, Timaya, Bam Bam from Big brother Nigeria and radio on-air personality Moet Abebe. It is described as ‘a collection of urban African grooves in a number of sonic variations leaning on the sensual exchange on the dance floor, you want to dance and you want to make love at the same time. It’s a diverse collection of “international – African” vibes that you want to woo your love interest to.’ Get it on AppleMusic, Spotify and other digital stores. 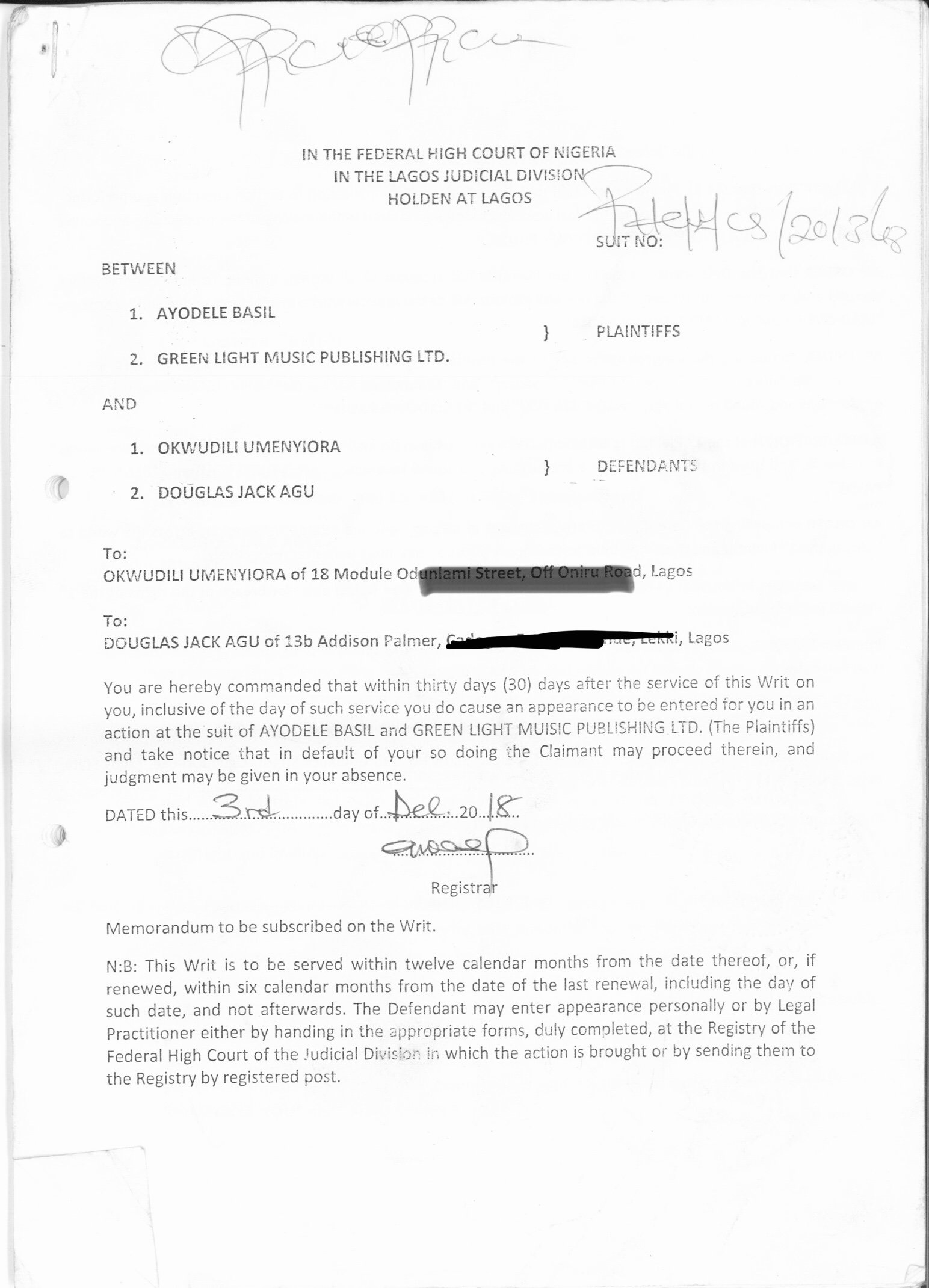 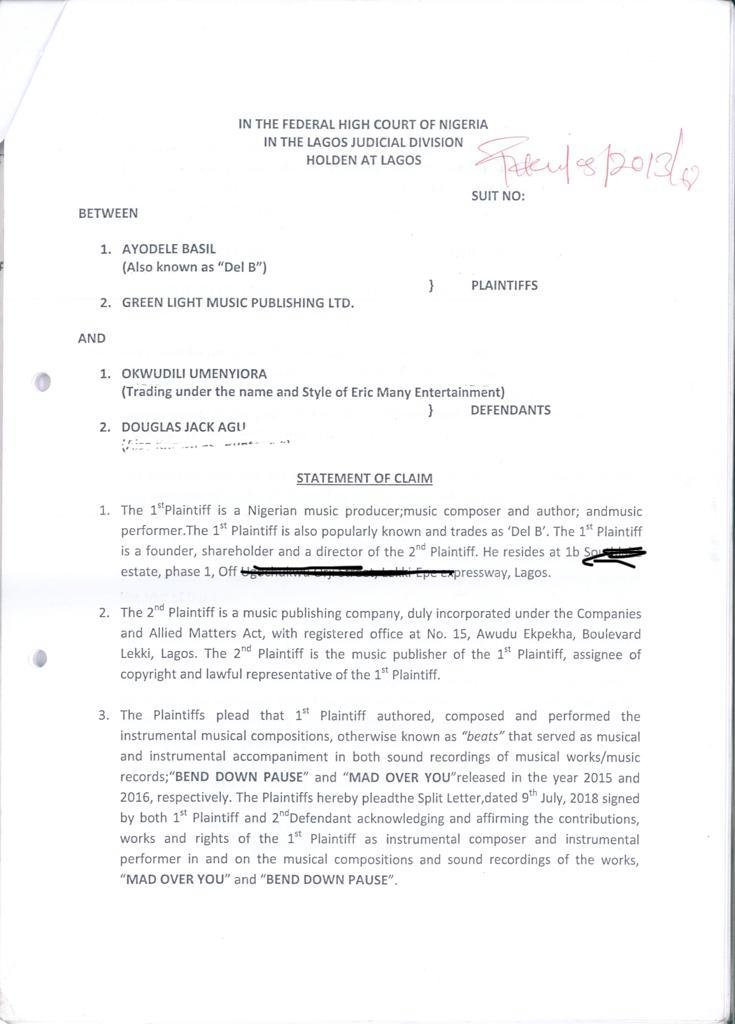 ‘How has Waje parlayed her successes and good fortune to even greater success’?