Kiss Daniel‘s lawyers, L & A Legal Consultants have reacted to claims that their client walk out of his contract but it was terminated as he was permitted to do under the contract with the label. A contract drafted by the label, stating that there was apparently a termination clause in the said contract.

G-Worldwide Entertainment Ltd had dragged Kiss Daniel to court for “taking steps to appoint a new manager, solicit for bookings, and has continued to negotiate and enter performance agreements in respect of the songs from the album “New Era,” and “Evolution” which is set to be released soon.”

Read the statement in full below:

Read the press statement below:

Kiss Daniel scrupulously followed the provision of the contract. It is unfortunate that people are mixing this case up with that of other artists running away from a contract they signed. No! This is different. This is a case of an Artist insisting that the contract signed by the parties must be obeyed and enforced. Kiss Daniel is firm believer in rule of law and due process. This was why it was Kiss Daniel that went to court first. People should not confuse a case of properly terminated contract with cases of ill-advised artists who angrily walked out of their contract without following the laid down procedure under their contracts. Kiss Daniel’s case is a well thought out act. It is an exercise of right granted to him by the contract between him and his label.

What do people want from Nigerian artist? If they don’t employ lawyers, people criticize them. Now that Kiss Daniel has employed one of the best I.P. law firm in Nigeria with a Professor of I.P. and a Senior Advocate of Nigeria (SAN), people are still calling him names for acting in accordance with his contract! When Artist don’t obey or assert their rights under their contracts, people abused them, yet the same people are abusing Kiss Daniel for obeying and enforcing the Termination Clause provided in his contract! Na wa o. This is not a Kiss Daniel’s fight alone. This is a fight for all Nigerian artists except we are saying only artists must obey and comply with contract but record label are free to do as they wish?

2. Finance: Why is G-Worldwide afraid to grant Kiss Daniel unrestricted access to his account and books as provided by the contract? The whole relationship between a record label and an artist is about making money and sharing it. Finance and money is the crux of the matter. G-Worldwide did not sign Kiss Daniel because they love his face. They signed him because they think he can make money for
them. And there is nothing wrong with that as long as they play by the rules. The only offence commented by Kiss Daniel was his effrontery/impudence by daring to ask his record label to render account! Kiss Daniel through his lawyer L & A – Legal Consultant appointed a firm of Chartered Accountant to inspect and audit G- Worldwide Entertainments books and account in respect of Kiss Daniel’s project as provided by the contract between the parties.

Immediately the request was made, all hell was let loose. Why will a Record Label be afraid to allow their Artist to inspect their books of record? Especially, when the contract between the parties was drafted by the same record label and the contract contains a clause which specifically provided that the Record Label shall keep all accounts and shall allow the Artist or his representative unrestricted access to inspect and make copies of the records. See clause 7 of the contract between the parties which provides:

“Company shall maintain proper accounting books and or records at its principal office, in relation to revenue generated, or expenditure expended in the course of the performance of this Agreement. Such books and or records shall include, but shall not be limited to, any documents or records which evidence the receipt and or disbursements of royalties and other monies generated in the course of the performance of the Agreement.

The Artist shall, at any time during the term of this Agreement and upon prior written notice to Company, Artist or his/her designated representative shall gain unrestricted access to inspect the books and records of the Company relating to this Agreement and shall be entitled to make copies thereof.”

Based on above, Kiss Daniel’s lawyer wrote to G-Worldwide on the 18th of July 2017 saying thus:

“This is to inform you that in accordance with the Recording Contract between the parties, our client wishes to send his Accountants (WYZE Associates) to inspect/audit his accounts with your client.

Kindly confirm your convenient date from next week when the Accountants can come in for the inspection/audit.”

Of course they failed/refused to respond to the above email and only responded on the 25th of July 2017 (after several reminders) saying:

“I somehow missed your initial email. Apologies. I will discuss your request with my client and will revert with a response before CoB tomorrow.”

As usual, they failed to respond on the 26th of July 2017 as promised and Kiss Daniel’s lawyers had to send another reminder by way of email and telephone call before they finally responded on the 1st of August 2017 saying:

“Regarding the date for the “audit”, can we agree on a date in late August or early September? An earlier date will not be ideal- Emperor Geezy is getting married on Saturday and will be unavailable for some time after the wedding (for obvious reasons).”

“It is our understanding that we are dealing with a company (G-World Entertainment Ltd) and not an individual. Therefore, the unavailability of Emperor Geezy would not affect the audit. Please note that the audit will only involve G World Accountants and our Accountants. Therefore, the presence of Emperor Geezy is not very important at this stage. In view of the above, we can schedule the audit to an earlier date. Kindly confirm when our Accountants can come for the audit within this week or next week.”

Anyway, G-worldwide Entertainments Limited responded by creating a new excuse when they stated thus in their email of 4th of August 2017:

“While the company is happy to assist your client’s accountants with their audit request, unfortunately due to ongoing activities involving the relevant company’s personnel, the time proposed by you will not be convenient for the company (whose assistance you require to carry out the audit).

In the circumstance, we suggest that we should agree on a day in the last week of August for the audit exercise. We will wait for you to propose a specific date during the said period for the audit.”

“Our accountants will be available on 28th and 29th August 2017 for the audit. Kindly confirm that the dates. Also confirm your client’s address.”

Again, G-worldwide Entertainments Limited failed/refused to confirm the dates for the inspection or the venue as requested and after several reminders they only on the 28th of August 2017, which is one of the dates fixed for the inspection and agreed to the 29th of August 2017 for the said inspection/audit. Thereby giving Kiss Daniel and his team less than 24 hours’ notice and which means the audit can only be done in one day instead of two dates proposed. Of course, any experience person knows that such audit can hardly be completed in one day. It was all a grand design to frustrate the audit.

Based on the above breaches (failure to allow unrestricted access and to make copies of the books of account as provided in clause 7 of the Record contract), Kiss Daniel’s lawyers gave G-worldwide Entertainment Limited 14 days’ notice to remedy the breach as provided by Clause 16 of the Contract and when they failed to do so within the 14 days, the Artist through his lawyer proceeded to terminate the contract as provided in clause 14.2 of the contract, which provides that:

“Either party may terminate this contract by written notice to the other at any time if that other party:

(a)commits a breach of this contract and, in the case of a breach capable of remedy, he fails to remedy the breach within fourteen (14) days of being required to do so in writing.”

This termination therefore was not only in obedience to law and the contract between the parties but was also a self defence by Kiss Daniel to prevent “baboon dey work, monkey dey chop”. Why is G-worldwide Entertainments Limited afraid of rendering accounts? Should Kiss Daniel continue to work under G-worldwide Entertainments Limited and receive whatever was giving to him without allowing his accountant to audit the books? Is it an offence for an artist to enforce the rights granted him by the contract drafted by the Record label?

3. Contract or Slavery? This is the same label that forced Kiss Daniel to perform few days after his father’s death and while still in the village trying to give his father a befitting burial. They put money first. They insisted he must interrupt his father burial rites and must perform or they will crush him in the industry.

This is the same Label that was paying Kiss Daniel only 30k and later 50k per month for about two years despite Kiss Daniel’s performing at several shows and making millions of naira for the label within the same period! Yet, Kiss Daniel never create any noise or scandal. How many Nigerian Artist can tolerate for so long what Kiss Daniel has endured without creating any scandal?

The so called record label did not pay a penny (kobo) towards the recording of all songs in the alleged album, “Evolution”! The songs in the alleged album include already released hits like “sofa”, “Yeba” and several others. No payment of advance, no payment for studio sessions or productions generally and yet G-Worldwide are shamelessly laying claim to songs produced singlehandedly by the Artist. He is indeed a patient dog. 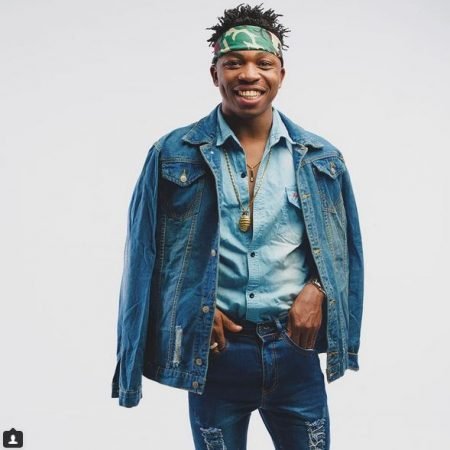 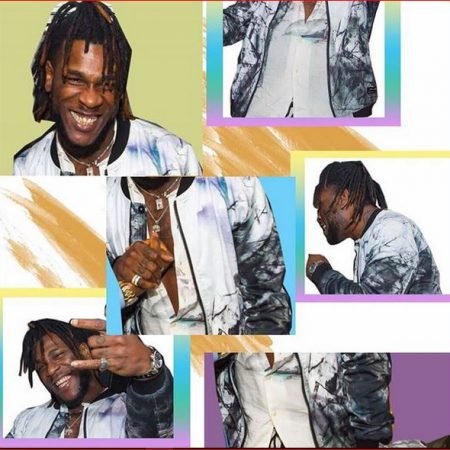