Kwami Eugene has come out to debunk claims that he stole his recent hit song ‘Confusion’ from a Malian Musician who is known as Sidiki Diabaté. According to reports,Sidiki released the same version of the song back in 2015 and has over 15 million views on Youtube.

In an Interview with Abeiku Santana on Accra based radio station, Kwami Eugene took out time to answer questions on the theft accusation. In the interview he claims he took an inspiration from three musicians to compose the song ‘Confusion’ which has gained more than 315,000 views on Youtbe in 4 days after release.

“Ghanaians must note the fact that, my song has the feel of Kojo Antwi’s “Dadie Anoma”, Daddy Lumba and also an inspiration from Sidiki Diabaté song ‘Fais moi Confiance‘, so I didn’t steal the song, I only took an inspiration from them and credited all of them in the song, that is the definition of creativity’, he stated.

Kwami Eugene also argued that, “Ebony took an inspiration from Daddy Lumba’s song “Poison” and composed her hit song “poison as well as Nigeria’s Wizkid also sampled VIP’s “Ahomka Womu” and came out with “Manya”, but that doesn’t mean they stole the songs , they only paying respects to the legends”.

Kwami Eugene added that,“Sidiki Diabaté’s song gathering more than 15m views on Youtube has nothing to do with why he fed on the song, it was just an inspiration feeding on the vibes.

“To me what really makes an artist is researching to be able to give your fans variety of music and that is why Kojo Antwi releases highlife today and reggae tomorrow because Ghanaians gets fed up with one stuff, however, picking a vibe from Kojo Antwi, Daddy Lumba and Malian artist enriches the song and gives the song a Mailan feel as well as Ghanaian feel, but at the end of the day, the song is a highlife song and that is why I credited them by writing highlife music to the world” he concluded. 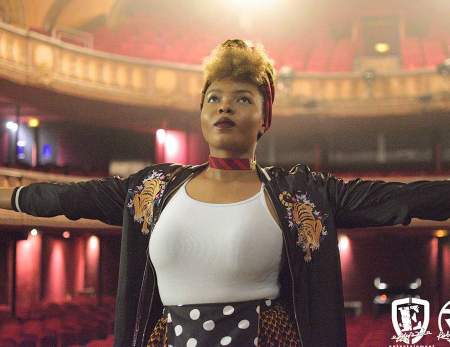 Next post Sean Tizzle Spins Out The Visuals To His Latest Release 'Kpro Kpro', Watch!