Bobi Wine, who is the Kyadondo East MP and also one of Uganda’s most prolific afropop artist is facing allegations of inciting his supporters to stone President Museveni’s entourage in Arua Town on Monday night.

During the violent clashes, Bobi Wine’s driver was shot dead, by a police bullet that was allegedly meant for his head.

Musicians Jose Chameleone and Octopizzo are among the top East African artists who have come out strong to shun the idea of artists being detained for voicing out their opinions. Not only that but also for a fact that they voice their opinion on the well being of the common citizen.

Singer Bobi Wine is being held on grounds of organizing for a strike and demonstration to stop the President from imposing tax on social media users in Uganda.

He is also being charged with treason and possession of illegal fire arms and is said to be receiving treatment at a military hospital in the Northern Uganda town of Gulu. Police in Arua reportedly recovered two submachine guns and a pistol from Bobi Wine and Independent candidate Kassiano Wadri.

Fellow musicians and human rights activists have come out to speak on this issue by creating a now trending hashtag on Twitter #FreeBobiWine as see below.

"People Killing & People Dying.
Dear God, Tell Us What The Hell Is Going On😥😥
Can't We All Just Get Along?
Please God Help Us🙏🙏
Send Some Guidance From Above🙏#WhereIsTheLove🇺🇬?#Pray4🇺🇬🙏😥#FreeBobiWine🙏#FreeUs🙏#HesNotFightingYou. #HesFighting4You🇺🇬💪 pic.twitter.com/Bz60K943cH

Despots and tyrants oppress, torture, maim or kill their real or perceived opponents out of fear and desperation in order to extend their illegitimate regimes. That should give freedom fighters seeking to remove them more energy. Let's #REVOLT against all tyrants. #FreeBobiWine

Singer Jose Chameleone in a long Instagram post wrote a letter to President Yoweri Kaguta Museveni asking him to show the art and skill of forgiveness in leadership towards his fellow comrade who he has always been in bad terms with for a very long time.

Letter to His Excellency President of the republic of Uganda. Dear President, Seeking appointment or going through protocol will not deliver my urgent letter to you. Right now I hope we all rather can let it be a temporary political mishap per what happened in the district of Arua on Monday. Unfortunately it left you car Vandalized,Many of us inconvenienced – A soul lost, And another Ugandan,brother, Friend,Fellow singer Honourable as appointed by Kyadondo east-Robert Kyagulanyi alias Bobi Wine and many counterparts in an unfortunate situation. Honourable Kyagulanyi has always collaborated with me and all of us society to free Uganda from Foreign sounds,Sell our culture beyond borders through our capital ability – Music. Bobi Wine has over time exhibited his leadership admiration. Just Like any young ambitious man, he has treaded a path of aggressiveness. Your excellency,Our brother, Your son Bobi Wine could have gone wrong on execution of some of his ideologies. That’s a challenge . As head of state and forefather, It’s a great one too to lead us in example of forgiveness and reconciliation as that is one of the prime problems that have hindered our society.We are so unforgiving. I as a son of this nation on behalf of the slogan. “For God and my Country” With all honour beg you the President to symbolise forgiveness in such a time. We can all wrong but better the forgiver.Mr President, You are a Father,Parent and always forgiving one.We shall all remain calm and be hopeful that the coming developments will see us all live harmoniously and have a peaceful country henceforth. JOHN: 8:7 Dialogue is the answer For God and my country Jose Chameleone. LEONE ISLAND MUSIC EMPIRE

Kenyan musicians were not left behind in ensuring they showed their support to Uganda’s Bobi Wine and they had the funniest tweets on this hashtag but all the same it still made an impact to the hashtag. Among them were musicians Octopizzo,Jaguar and Bonface Mwangi who stood firm on their words to ensure their voices get to the ears of Uganda’s president Yoweri Kaguta Museveni.

A liberator @KagutaMuseveni who became a dictator has become paranoid and is killing innocent people. His killers executed @HEBobiwine bodyguard thinking it was Bobi.Speak up, tag Museveni to #ReleaseBobiWine. Bobi is being held by the military on imaginary charges. #FreeBobiWine pic.twitter.com/BNSJemIjZN

Here is the thing, sometimes ask me why i have a Kenyan flag on my profile, here is the reason, KOT are always willing to have a conversation about happening events without fear, as we talk now #FreeBobiWine is trending in Kenya. #ReleaseBobiwine

It is still not clear when the singer is going to be taken to court and charged for his offences. 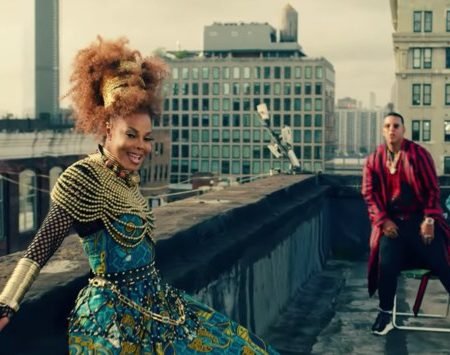