So much happened this week and in case you missed it?! Alex joins EDK on the Soundcity Radio Top 20 Nigeria chart and here is a round up:

We’re only just recovering from the excitement of Davido’s BlowMyMind with ChrisBrown and now! he’s gone on to perform with 50cent at the Power Season6 Premier concert in MadisonSquareGarden! He performed on the same stage as TreySongz,FatJoe and SnoopDogg! Talk about blowing minds!
Still not over that,Tekno went on to produce a banger for Swae Lee with Drake on it! As the first single off Swae’s upcoming album! we’ve got Drake speaking pidgin and ting! This is crazy!

In other mind-blowing events! BurnaBoy held a listening party for his 4th album, African Giant, in Lagos this past week! This comes after he utterly killed it in Montreal, Canada. He was seen happy and at peace surrounded by family, fans and friends in the industry. Side note: EltonJohn, gave the African Giant a shout-out on his radio show. What was even more priceless was Burna’s reaction to the mention! He put up a video of himself listening back to the bit over and over and over again! Enjoy it giant! You deserve it!

Finally, A few videos dropped this week! And one that caused such a ruckus was the visuals for Santi’s single, RawDinner! It really sucks you in! You don’t even notice it’s 8minutes long! Hands down the most interesting movie I’ve seen this year!

There you have it! Just In case you missed it! 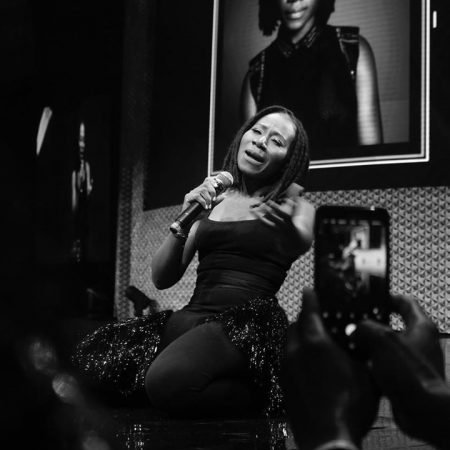 Previous post Asa: Guys think they aren't in your League