‘One Corner’ song by Patapaa is undoubtedly the biggest song currently in clubs and on the streets in Africa.

The song which is accompanied with a dance, requires that one secludes his/herself in a corner and perform a sexually suggestive dance.

The Ghanaiona artiste ‘Patapaa Amisty’ behind the popular ‘One Corner’ song, has disclosed that despite his song still enjoying massive air play and loved by section of the public, he cannot boast of even GH¢1000 in his pocket.

Patapaa told Gideon Okyere Anim (Gatuso), host of ‘Aben Wo Ha’ on Kasapa 102.5Fm in Ghana, that the ‘One Corner’ song has changed his status but that hasn’t reflected in his account. 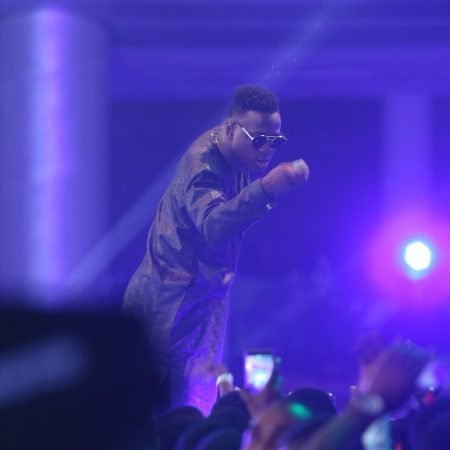 Next post Deejay Masta, Skales & Koker Gives Us Some "Magic" In This New Tune