The Grammy nominated rapper revealed that she would love to perform at the royal wedding between Prince Harry and Maghan Markel, which is set to place at Windsor Castle next May.

Speaking with Capital XTRA, the Grammy-nominated rapper revealed that she would be willing to perform at the event free of charge. “Why would you charge them?” she asked. “I would just do it because, oh snap, have you performed for a future king?” After pausing, she asked, “Is he gonna be the future king or his brother?”

Regardless of the royal rules, Bardi said she would love to meet Markle’s husband-to-be. “I want to meet Prince Harry,” she explained. “Yeah, you met a president but did you met a prince?” She also said she enjoyed visiting Buckingham Palace. “It’s a fricken palace,” she exclaimed. “Oh my gosh. They really do the soldier stuff!”

When the conversation switched to Migos’ Nicki Minaj-assisted “MotorSport,” Bardi revealed that there is some backstory to the collaboration. “When I heard the track, her verse wasn’t finished,” she said. “Well, it’s not the verse that is on right now. Quavo told me to get on the song and I felt like it was a perfect opportunity to get on a song that’s big like them. Those are two big people and I just started in the game. I know that if I get on this record, it’s gonna be crazy. Who doesn’t want it?”.

Finally, the Bronx rapper shared her excitement over her first two Grammy nominations. “It’s taking me some time to take in,” she said. “I’m just happy that I’m even there. I’m going against people like fricken Kendrick Lamar and JAY-Z.” 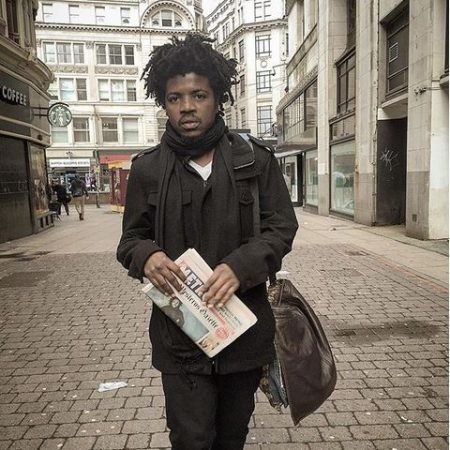