Following the success of her latest single ‘More’, which ushered in a new era for LUCIANNE (Formerly known as Luci Monet) and has now surpassed one million plays online, the British Nigerian singer, songwriter and actress is back with another afro R&B masterpiece titled ‘TE AMO’, as she continues to tease towards her forthcoming comeback EP titled Becoming. ‘Te Amo’ was written and composed by Lucianne, and produced by rising Nigerian musician Majeek, who has also recently worked with the likes of Falz, Tiwa Savage and Patoranking, among others.

The sonically sultry ‘Te Amo’ continues to build upon the themes of love and relationships that Lucianne began exploring on ‘More’, with the East London native opening up about a more vulnerable phase in relationships and expressing defiance in the face of her lover not respecting her worth. The infectious R&B offering is fused with lush afrobeats sensibilities and soundscapes, over which Lucianne uses her and relatable songwriting dexterities to tell a defiant tale of the strength of a woman in a relationship, who is not going to settle for less than she deserves.

Speaking about the inspiration behind ‘Te Amo’, Lucianne says, “‘Te Amo’ is an anthem for women and plus it’s perfect for the summer. I want it to give women the strength, whenever they hear this song, to boldly recognise their worth and to fight for it. I think we have all been in situations where you meet someone, and that initial honeymoon phase is amazing, and you can’t get enough of them,but then comfortability kicks in, and they just aren’t acting right anymore. ‘Te Amo’ is me basically screaming that if they ain’t loving you right, then they’ve got to go! Love me or leave me!” Highly recommended if you like the sounds of Wizkid, Tiwa Savage or Ayra Starr, Lucianne has been singing and performing since she was 11-years old and even had a memorable stint on X-Factor UK as a teenager. She burst onto the UK afrobeats music scene a few years ago, with support from the likes of BBC 1Xtra and Soundcity TV, before crossing over to achieve success as an actress in Nollywood, the world’s second largest film industry, with starring roles in Three Thieves

(Netflix) and Dark Room, among others. Lucianne returned to her first love music earlier this year with ‘More’, and has now followed that up with the exquisite new single ‘Te Amo’. 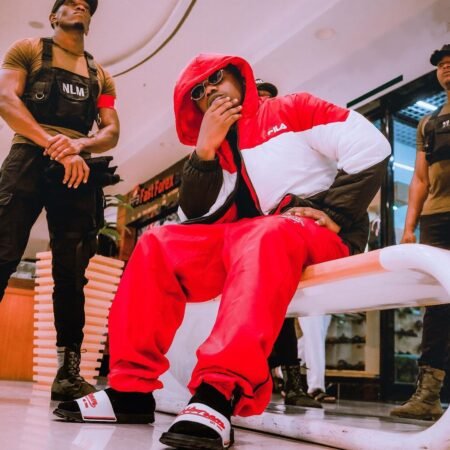 Previous post Rayvanny Finally Leaves Wasafi After Long Tussle, Diamond Congratulates Him
Next post Mejja Proves To Be One Of The Most Consist Artists In East Africa With New Single: Kanairo Dating