Navy Kenzo, Afro dancehall group from Tanzania has revealed that their sophomore album will be titled “Story of The African Mob” and will be available for presave from 24th July 2020 and preorder on 31St July on Apple music, Spotify, Tidal and Deezer.

The 12 track album expresses and celebrates the fashion, art creativity and unique stories of African people. It is centered around a combination of Afrobeats sounds in fusion with Jazz, RnB and Hip hopinstruments.

The group Navy Kenzo consists of musical partners Aika and Nahreel both from Tanzania. Aika is a giftedlyricist and Nahreel is a passionate beatmaker. After years of solid friendship and romantic involvement,the pair decided to take a musical leap of faith and combined their talents to make music together underone outfit, Navy Kenzo. The move pulled off.

The duo proved that they were a force to be reckoned with when they found success and recognition throughout the African continent with their breakout hit Chelewa and followed through with a string of
club bangers such as Kamatia ,Game, Fella and the award winning Katika featuring Diamond platinumz to name a few.

The group had already solidified their presence on the African music landscape by the time they releasedtheir 2017 debut album AIM(Above In a Minute) which featured mega hits Bajaj ft Patoranking and
Morning.

As the title implies, Story of an African Mob is a journey of creative expression that Navy Kenzo have embarked on along with an impressive lineup of collaborators. The album features prominent artists fromacross the continent including Ghanaian chart toppers King promise of the “Baby I’m Jealous” fame, themulti talented Mugeez, Afropop artiste MzVee and UK based Tanzanian rapper Tiggs da Author.

It also features Tanzanian RnB royalty Nandy . The pair also demonstrate that they have an ear for newtalent and a commitment to sharing their platform with emerging artists by featuring The Industry newcomers the Great Eddy and Genius Jini, winner of the Why Now” Audiomack contest.

The group have also announced that they will be releasing Bampa 2 Bamba from the album featuringNandy on 31st July 2020 and the track Pon Mi featuring Tiggs da Author on 14th August 2020. The full
album will be available from 4th September 2020 on all streaming platforms.

Fans should look forward to a fusion of Afro Caribbean melodies marinated in Swahili context producedby Nahreel and another impressive line up of collaborators. Other producers who worked on the albuminclude Mantra and JuwonMix from the US, Buskillaz from Israel, Killbeat from Ghana and Tanzania’svery own Pablo Lannoche, Breezy Beatz and Chizan Brain. 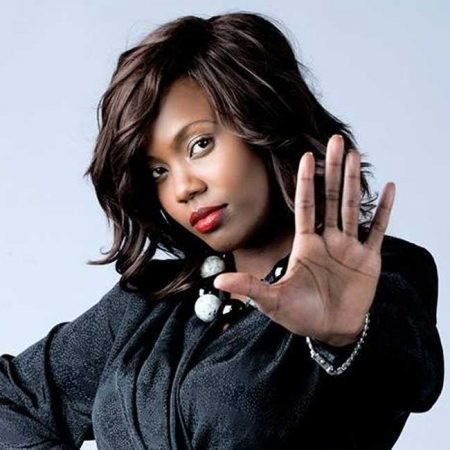