AKA’s Tweezy onslaught continues: I’m going to give you a hiding

Rapper AKA and producer Tweezy were involved in a Twitter feud for much of Thursday, after AKA said that Tweezy was claiming undue credit for his work.

The trouble started on Wednesday evening when Tweezy uploaded a picture of AKA’s gold and platinum status records, suggesting that he had a hand in the albums’ success.

AKA took to Twitter to call the producer out.

“My n*gga. How many times do I have to remind you that you only made the drums on Baddest. For the last time, let it f*ckin’ go. Just stop claiming my shit, bro. Move the fuck on! Do that again and I’m going to smack the shit out of you the next time I see you. I swear to God,” AKA tweeted.

Tweezy responded by saying that he had a part in the projects and dared the rapper to act on his threats.

Their feud resumed on Thursday, with Tweezy accusing AKA of looking for attention.

Dawg you keep fishing for attention, starting fights with me. Does it hurt THAT much to give me dabs for my contributions? @akaworldwide 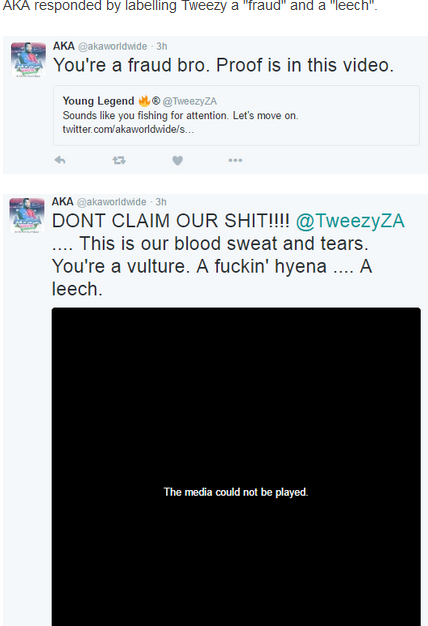 What followed was a full-on Twar, something we haven’t seen from AKA in a while.\

I ain't don't shit wrong to you to be tarnishing my brand loyalty like this. You will reap what you sow. @akaworldwide 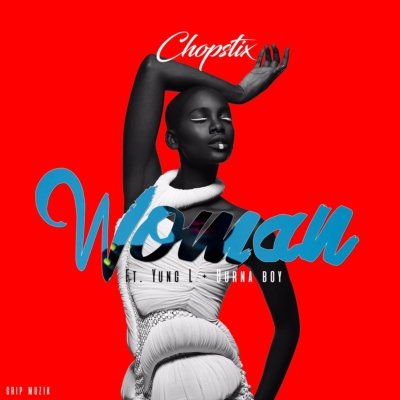 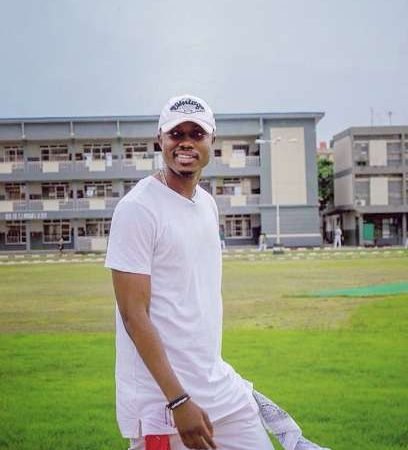