Volume II and second shortlist for the #SoundcityUnderground series. Like it is on TV, we spotlight new music from the very best emerging African artistes across the continent. Rap, dancehall to soul and alternative genre with one of them getting a feature across our several platform including Soundcity Radio’s.

So listen to the our second shortlist (we had to make it more than 10 – the entries were endless) and there’s a poll to vote your favourite – who gets the spotlight?!

Arewa Hiphop is up in this! Tauraro is a Hausa word which means Star. Record is by Jay Mün. Check on it!

Let’s go trappin’! Nate with ‘Boss Chick,’ a song produced by Swit. First Single Off Native 2: It Must Be Love.

Spoken word gets a feature, pretty good one from Timeyin (SheBoss), she titles ‘Rap A capella/SpokenWord piece’

Tclassic latest single “ISABELLA” is a tune. This video does portray love at its best. Check on it.

From Zambia, Shenky teams up with Sierra Leone’s fine Abizzy for ‘Angelina,’ video is Shot by Jeff Adair.

Omedo delivers an up-tempo highlife fusion titled ‘Do It Again’, check on it!

Martyn’s ‘A Song For Me’ is mellow and from the upcoming EP “Ready of Not”.

Ghana’s BRYAN THE MENSAH showed them the signs but they thought it was a game. Check out ‘Show You Signs’.

‘Take It’ expertly merges elements of hip-hop, R&B, and reggae, to create a fusion that is delightful from Realottih.

Yasir’s first single of the year. It was produced by @doozybeatz & engineered by @bankyondbeatz. Enjoy!

‘Badgidigan’ by emerging act Deribb talks about a girl friend who loves to have some fun and play dirty.

Emerging act Ade teams up with producer/artiste BBJN for ‘Far Away’! Afropop tune and half.

Venaze does a brilliant cover of ‘Only You,’ Listen below!

Twizz Alfa speaks of his experience growing up in the segregated city of Cape Town in ‘Shadows’. He raps about the struggles that people have to face in order be successful in the city while also exposing the dark side. Enjoy! 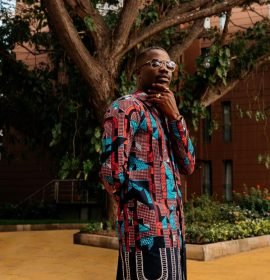