US rapper, Azealia Banks thinks Tiwa Savage is a diety, This is following a comment when she asked her fans to recommend new music. She made a statement implying that Tiwa is a child of African traditional deities like Sango and Osun via an Instagram story post.

She also confessed her love for Tiwa Savage’s songs.

Azealia went on to make weird interpretations of the qualities of the “children” of the named deities, saying Tiwa Savage “gives her some kind of confident powerful vibes.” 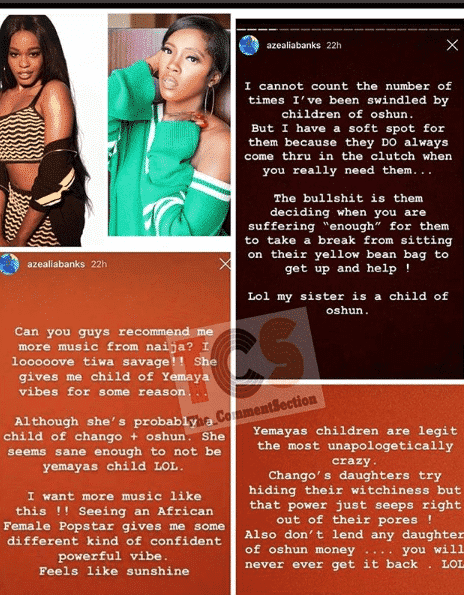 Watch ‘Wetin You Gain’ by Next Rated artiste Victor AD