‘I Find It Hard To Say ‘NO’ To Women’ – Diamond Platnumz

Award winning Tanzania artist, Diamond Platnumz has come forward to defend and give reasons why last year was filled with news of him been involved with several women despite having babymama, Zari Hassan.

Women continue come forward with children and stories of their romance with him. Recall, Hamisa Mobetto’s accusation and counter-accusations of Diamond fathering her child with a little bit of drama that went down between Hamisa and Zari.

Speaking in an interview on Tanzania’s kiss fm, Diamond says before he was famous, women ignored him unlike now and he finds it hard to say no.

‘Ever since i seduced Zari I have never gone after another woman,” he said. Speaking to Kiss FM Rwanda, the budding musician pointed out that the last time he hit on a woman was in 2014.

‘Before I became famous women always said no to me but after that I have never heard a woman reject me’ he says.

Zoro Shows A Softer Side In Chidinma-assisted Love Rendition ‘Oyoko’ 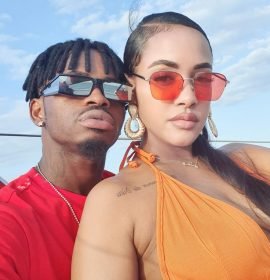