Snoop Dogg is feeling the wrath after mocking President Donald Trump in the controversial video for his BADBADNOTGOOD and Kaytranada collaboration “Lavender (Nightfall Remix).” 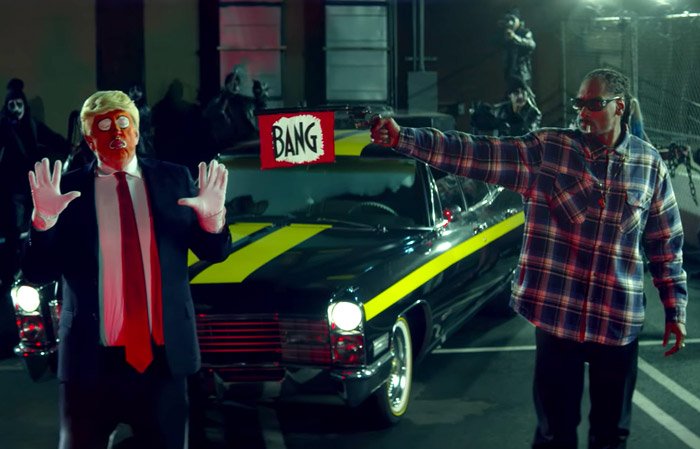 Snoop points a novelty gun at a clown named Ronald Klump in the Jesse Wellens-directed clip. When he fires the weapon at the Trump impersonator, a flag reading “BANG” is released. Nevertheless, Florida Senator Marco Rubio says it’s “wrong.” Trumop’s Lawyer is also speaking up saying: ‘ I would not have accepted it if it were President Obama. I certainly don’t accept it as President Trump.’ Speaking about the video’s controversial scene, Snoop has said he wasn’t out for a response and not apologising.

“When I be putting shit out, I don’t ever expect or look for a reaction,” he said. “I just put it out because I feel like it’s something that’s missing. Any time I drop something, I’m trying to fill in a void. I feel like it’s a lot of people making cool records, having fun, partying, but nobody’s dealing with the real issue with this fucking clown as president, and the shit that we dealing with out here, so I wanted to take time out to push pause on a party record and make one of these records for the time being.”