Nadia Nakai is telling us about her album and how it is the best yet. Fans have been demanding a Nadia Nakai album from Cassper Nyovest for a while and the rapper has confirmed that the album is on the works.

Nadia will be the first artist signed under Cassper’s record label ‘Family Tree’ to drop an album besides Nyovest himself. Nadia herself took to Instagram sharing that this will be her best work yet and it will prove that she was working hard all 2018. The female rapper is also set to perform on an international stage. She will be the first female rapper from South Africa to perform at the South by Southwest festival in Austin, Texas. She performs alongside The Muffinz, DJ PH, Trbal, Tshego, Major League DJs, Anatii and Cassper Nyovest.

Listen to ‘Ayo’ by Simi 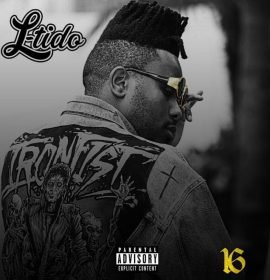 L-Tido “wa Bantwana” aka 16V names his 3rd studio album 16 after a decade in the music industry. The name comes ...