Nigerian international pop star, Runtown has just announced his new EP titled Tradition will be released on Friday, May 31st.

Tradition is a six-track project that houses five new songs and one already released single, Unleash which serves as a bonus track. Unleash which features south-east London artiste, Fekky was released in November 2018 and it is the only song that accommodates a guest contribution. 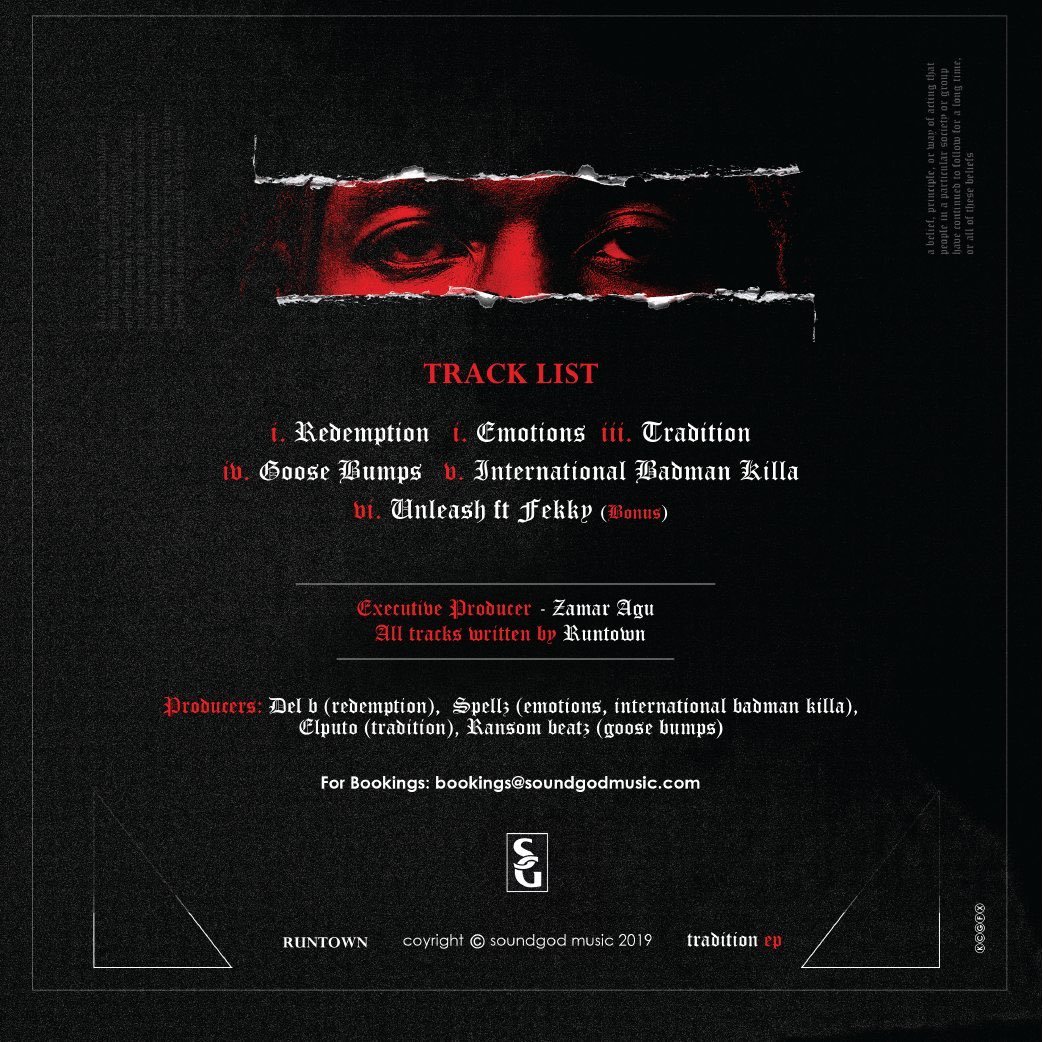 Anatii is back with the visual for ‘Wena’ – We are here for it, Watch!