So hours ago, the Recording Academy announced several winners ahead of the 60th Grammy Awards show, hosted by James Corden. Ed Sheeran, who was snubbed out of major categories, picked up the award for pop vocal album, while Kendrick Lamar and Bruno Mars, who were up for album of the year, won three Grammy Awards each — and they each performed too. Country star Chris Stapleton, who also performed, picked up two Grammys. One will have to leave it to Riri who completely stole the show without even having an album in contention. She not only won her 9th Grammy for her collaboration with Kendrick, she also had one of the most talked about performances of the night.

She blessed the audience with a wonderfully theatrical performance of her DJ Khaled-helmed summer jam “Wild Thoughts”, Rihanna basically broke the internet when she ended the show with the South African dance, Gwara Gwara, backed by dance crew, A.V.O Boyz (aka Africa’s Very Own Boyz). 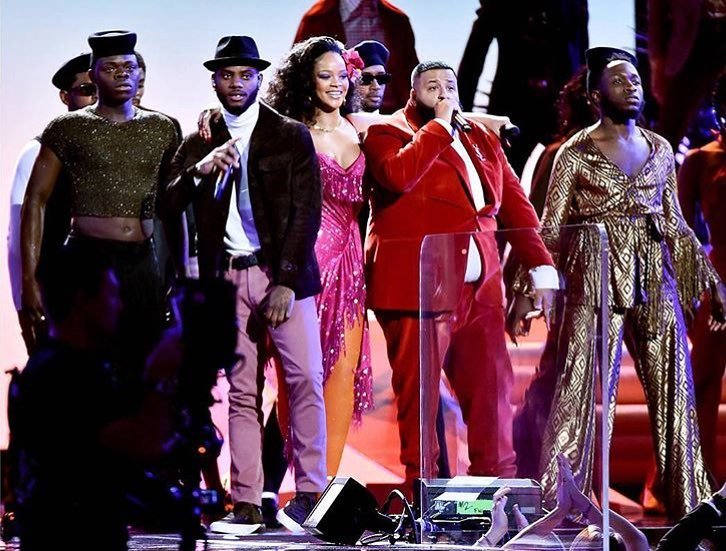 Nigerian/Ghanaian dance crew headed by Stephen Ojo was appreciative by thanking her for allowing him teach the African dance for her 2018 Grammys performance.

Album of the year 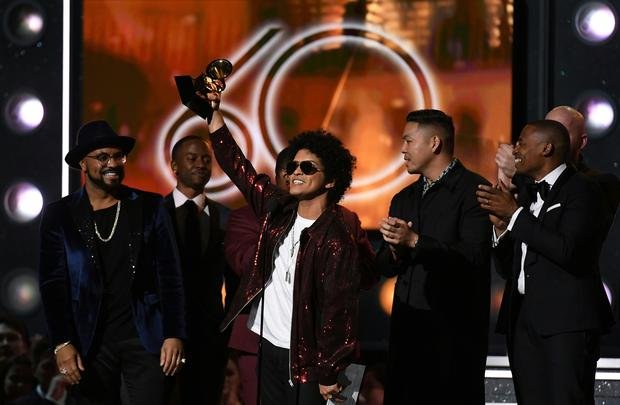 Bruno Mars receives the Grammy for the Best Song of the year during the 60th Annual Grammy Awards show on January 28, 2018, in New York. / AFP PHOTO / Timothy A. CLARY (Photo credit should read TIMOTHY A. CLARY/AFP/Getty Images)

Bruno Mars receives the Grammy for the Best Song of the year during the 60th Annual Grammy Awards show on Sun., Jan. 28, 2018, in New York.

Song of the year

“The Age of Spin & Deep in the Heart of Texas,” Dave Chappelle
Rap album

“Feel It Still,” Portugal. The Man

“That’s What I Like,” Bruno Mars
Traditional R&B performance

“That’s What I Like,” Bruno Mars
Alternative music album

“A Deeper Understanding,” The War on Drugs
Rock song

“If We Were Vampires,” Jason Isbell And The 400 Unit
American roots performance

For a complete list of winners in all categories, visit Grammy.com.