Meek Mill Garner More Celeb Supporters; Motion to be Filed for the Judge to be Removed

The continued quest to see justice for American rapper, Meek Mill who according to his lawyer was jailed for allegedly not doing Boyz II Men song with a shout out to the judge in the middle has garnered supporters from celebs and individuals who want the jail sentence reversed by the court.

Tacopina feels the judge’s bad blood led to the stiff sentence of 2 to 4 years for violating probation.

A solidarity rally is set to hold today, November 13th by 5 PM (ET) at the Criminal Justice Center in Philadelphia, U.S.

Meek Mill was sentenced to 2-4 years in jail for violating terms of his probation on several occasions.

Top celebrities like rapper Wale and comedian Kevin Hart have also joined in by posting the above photo on their social media pages. 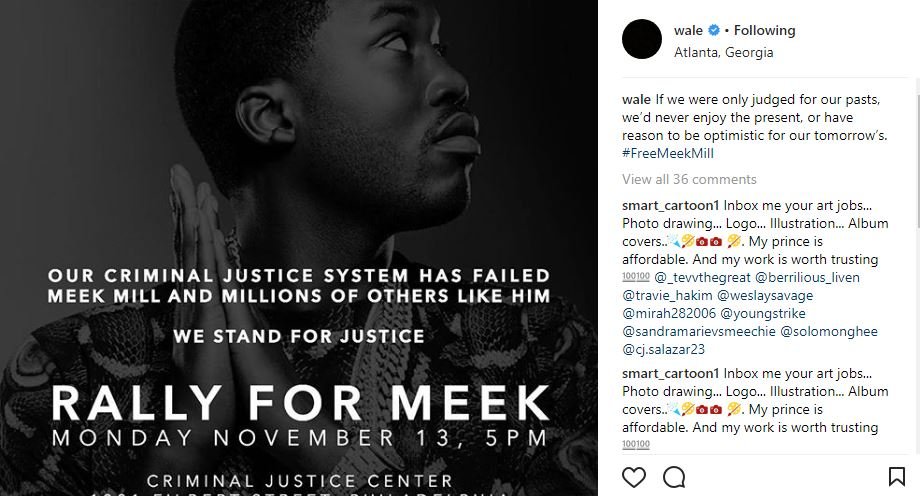 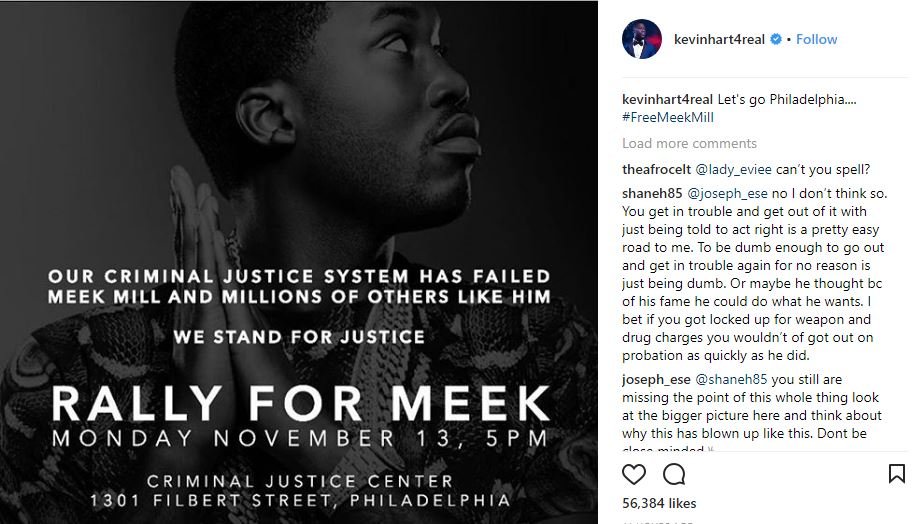 Meek’s attorney, Joe Tacopina, says he’s filing a motion for the judge to remove herself from his case, and will also be filing an official complaint with the judicial conduct board. Tacopina says Meek will also be applying to Pennsylvania’s Board of Pardons.

Kiss Daniel on his G-Worldwide exit: ‘This is an important move for me’