The girl group have recently received a plaque from their record label for sales exceeding 30 million worldwide. 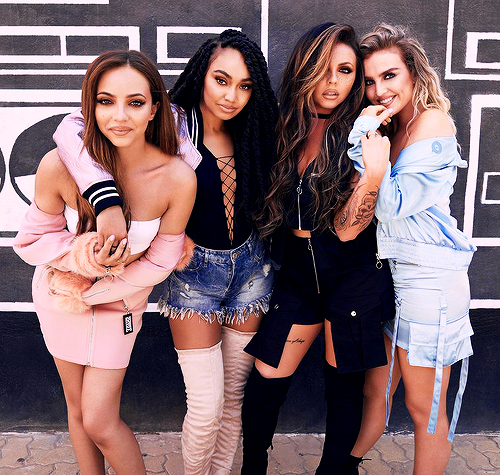 Little Mix are the UK’s biggest girl band since the Spice Girls. With four platinum selling albums and and a plethora of multi-platinum singles, the girl group have sold 30 million records worldwide, according to their label Syco records. A special plaque was given to the group. Headed by Simon Cowell, the label is notoriously known for high skyrocketing acts like Leona Lewis, One Direction and Susan Boyle who’ve had a tremendous amount of success, amongst many others.

Although they haven’t had a top 40 hit single in the states, their first four albums debuted in the top 40 on the Billboard 200. Their album chartings have led them to be placed at #5 on the ‘girl groups with the most top 40 albums list”, accompanying past girl group acts like Wilson Phillips and SWV.