JAY-Z’s “Made In America” Festival Returns

]JAY-Z’s “Made In America” festival is set to return by September, with its tenth installment, lineup to be determined.
Music festivals may have taken a considerable hit during the COVID-19 pandemic, but with vaccination efforts ramping up and re-opening measures steadily being implemented, many previously postponed events have already been confirmed for later this year. That includes the JAY-Z-curated Made In America, which is officially set to stage its return this coming September, on Saturday the 4th and Sunday the 5th.

Coming back to Philadelphia for the tenth year, the upcoming Made In America will benefit the ACLU of Pennsylvania, with some of the proceeds going toward The REFORM Alliance. If you’re unaware, the REFORM Alliance’s website details their mission statement as follows: “REFORM Alliance aims to transform probation and parole by changing laws, systems and culture to create real pathways to work and wellbeing.” You can learn more about the organization right here.

“We are thrilled to announce Made in America 2021 on the legendary Benjamin Franklin Parkway,” states JAY-Z, speaking on the tenth anniversary festival in an official press release. “This year will be like no other, as Made In America celebrates 10 years of music history-making moments. The artists’ performances will be even bigger and Cause Village will host a wider range of amazing philanthropic organizations. We look forward to sharing incredible memories with our festival attendees and the city of Philadelphia.”

At this time, the lineup has yet to be unveiled. Look for more details on that front to come in the near future. In the meantime, sound off in the comments if you plan on checking out the return of Made In America — if so, consider copping early-bird tickets here. 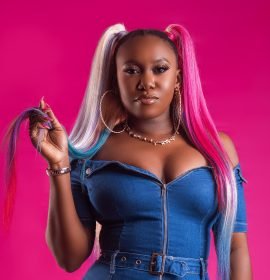