A supposed heartbroken girlfriend of the Dancehall artiste has written to him wishing him well although she keeps shedding tears anytime she sees his wedding pictures.
Like expected, some girls will come crying foul and asking for a whole lot after Stonebwoy’s marriage to Dr. Louisa Asong.

Read her letter to stonebwoy here:

I’ve read and seen many articles you’ve done on the dancehall artiste, Stonebwoy’s marriage. I appreciate your good works. Your blog- became the good source to some us to feed our eyes with what was going on as I was given a stern warning by Stonebwoy’s crew member not to come there.

I have been crying since I saw the date of his wedding was published on your site and still can’t hold back my tears when I saw his wedding pictures yesterday.

I met Stonebwoy when I got the chance to feature in one of his videos.I must say, He is among the few celebrities I’ve met who carries himself very well. Respects himself and those he works with. Except on few occasions, he goes overboard when he gets angry.

To cut a long story short, he proposed to me after the 3rd day of the video shoot and we started dating in 2014.He wanted us to remain private as according to him didn’t want the media attention on us and I think he’s good at how he does its just that what he did to me with the secret relationship with the Doctor, Louisa is painful

We made love on several occasions, and though he didn’t promise marriage —what I find disturbing is why he didn’t even tell me about his marriage to the Doctor.

He cut off contacts suddenly and within a week I read he is getting married to the Doctor. Thought it was not true. Made several attempts to reach him but to no avail, until I finally saw the pictures on blogs.

I watched the video and looked at the pictures with tears in my eyes. No wonder, he heavily guarded the premises with security. No chance was given to likes of us to enter.

I know people will say a lot of things about me for writing this to you.But this is the only time I feel I can make my case known or share my feelings.

There are a lot I did and planned with Stonebwoy and now I feel he used me and perhaps married the doctor for his own peculiar reasons. 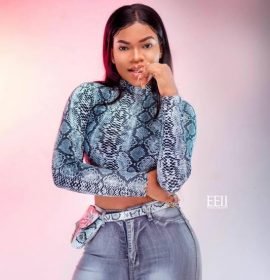