Cardi B To Spin Out Debut Album Next Week, Coined “Invasion Of Privacy” 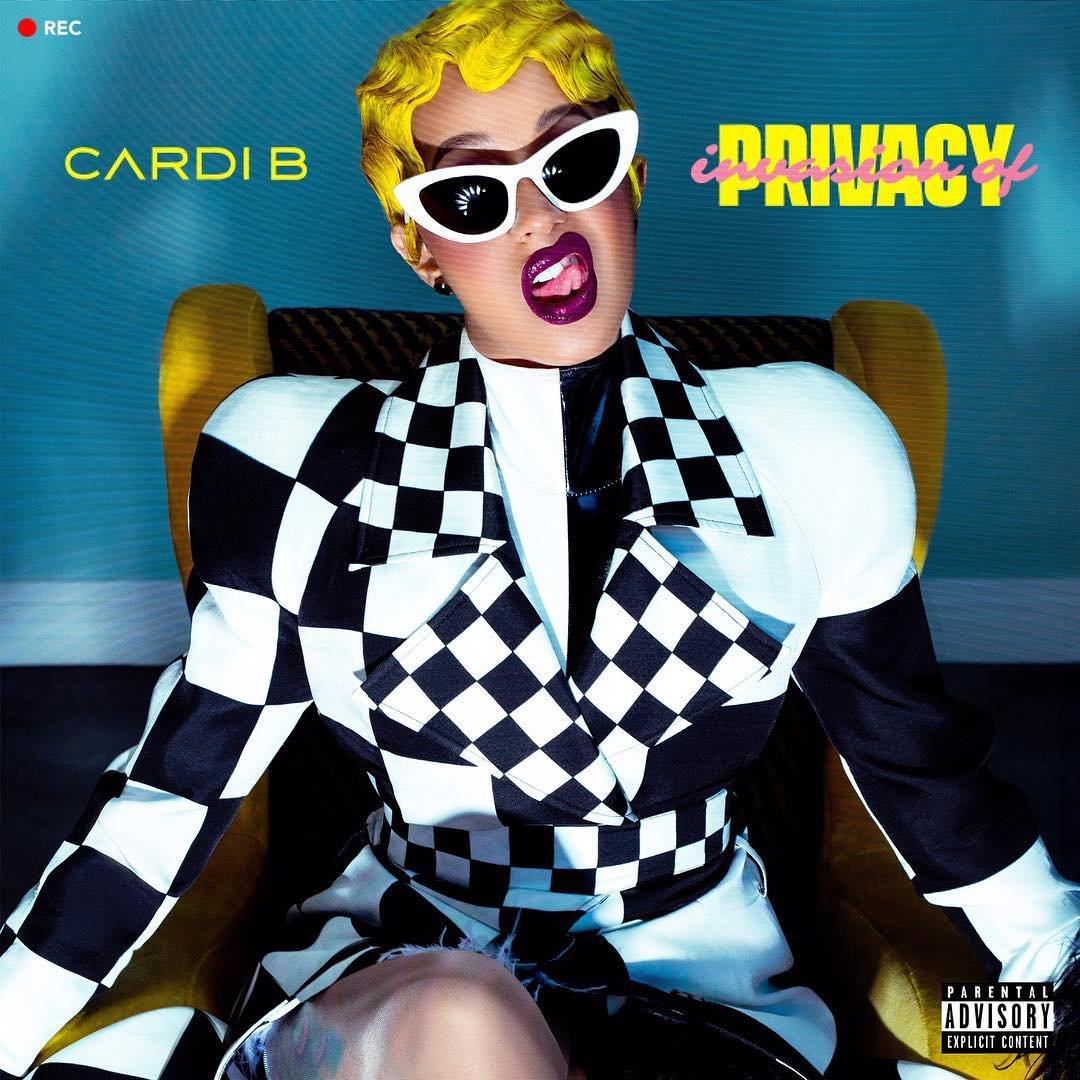 Cardi B  has revealed the cover art and release date for her hotly-anticipated debut album, ‘Invasion Of Privacy’. American rap star Cardi B is set to drop her debut album on the 6th of April.

The ‘Bodak Yellow’ phenomenon had previously stated that the album is dropping in April, but gave away no more specifics in telling fans to “stay tuned, motherfuckers”.

She shared the stunning album cover which has her decked in a futuristic black and white checkered suit, white-rimmed sunglasses and a yellow wavy pixie cut, on her Instagram page.

The album titled Invasion of Privacy is not her first project however as she has dropped a couple of mixtapes in the past.

“My album “INVASION OF PRIVACY” will be out APRIL 6!👌🏽👌🏽Thanks for the love❤️”

Fans have since taken online to react to the bold nature of the sleeve:

“I am by far the luckiest woman in the world”- Adesua says in Birthday Message To Hubby, Banky W