The wins keep coming for the Black Panther star. 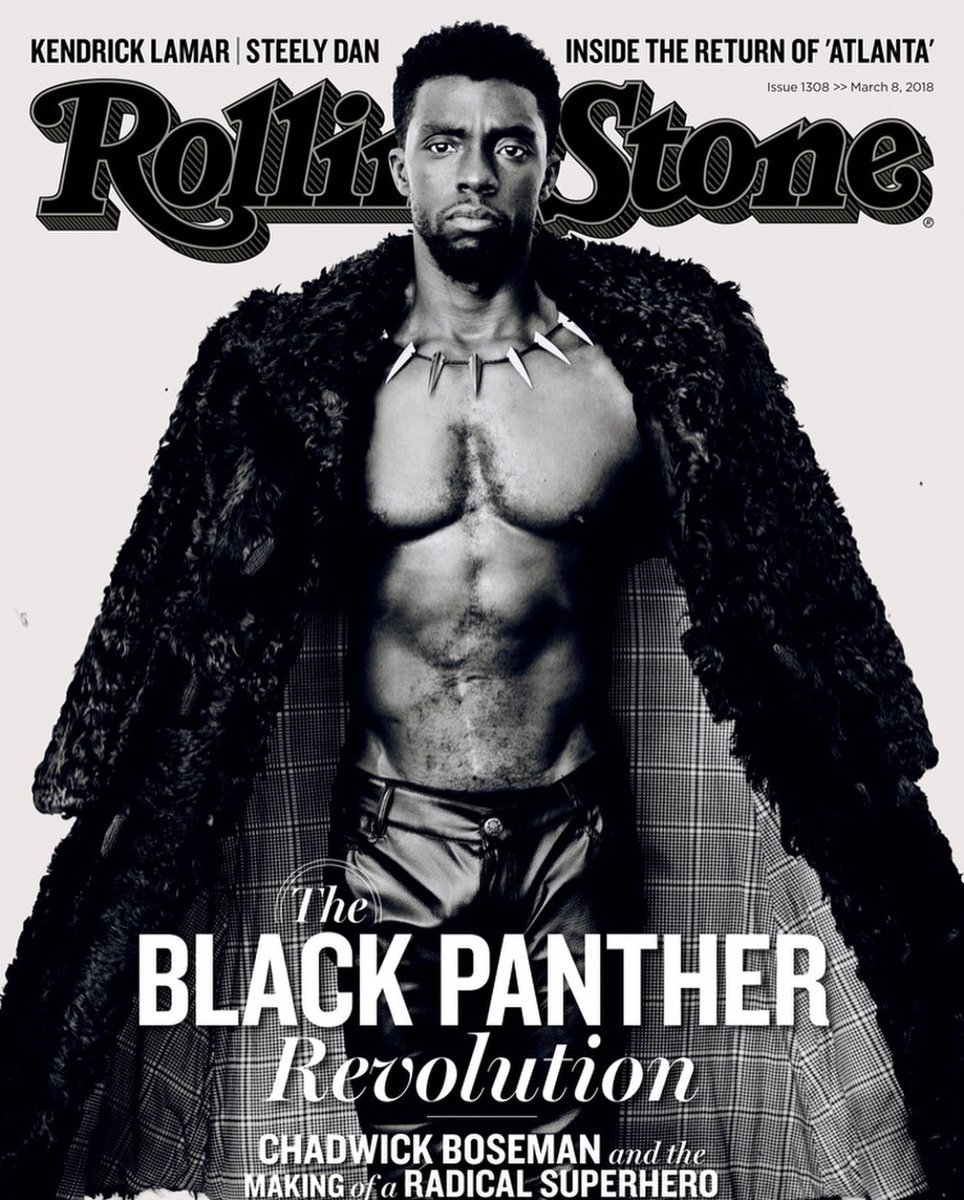 Two years ago, Chadwick Boseman was in a movie called Gods of Egypt. It was not a very good movie. But in addition to its not-goodness, it also became infamous for whitewashing – casting, as ancient African deities, a white guy from Scotland, a white guy from Denmark and at least seven white people from Australia. Boseman, the sole black lead, played Thoth, the Egyptian god of wisdom and inventor of mathematics. Before the movie came out, an interviewer asked him about the criticism, and Boseman said that not only did he agree with it, it was why he took the part – so audiences would see at least one god of African descent. “But, yeah,” he added dryly. “People don’t make $140 million movies starring black and brown people.”
chadwick boseman black panther cover

What a difference two years makes. Because now we have Black Panther… Except from Rolling-stone interview

Reactions from social media after Rollingstone unveiled the cover story…

Drake’s ‘God Plan’ is video of the year? Watch!