Nothing is perfect, but as far as awards are concerned, #SoundcityMVP is somewhere at the top of the chain in Nigeria. The 2017 edition was once-again proof of the brilliance and prestige of the award that they are good at this thing, and bar the small glitches, it was a resounding success. For those of you who didn’t go, these are the major highlights of the festival.

Ebuka’s profile as a compere keeps rising and rising and it is such a delight to watch. Having ‘owned’ the fashion industry in 2017 – what with his famous Agbada and all – the host changed outfits twice at the MVPs, and kept the show rolling with interesting interludes and witty remarks. His performance was really good, but the show could have done without him being introduced to the stage every time he came back on. We know who Ebuka is, damn it!

Only right that the show began with a performance of a Shaku Shaku song – the dance of the moment. Soon after the performance, the first set of awards were presented, then other performances followed.

The performers of the night include Small Doctor – who gave us penalty; Iyanya – who performed Good Vibes, his remake of Kevin Lyttle’s song; Seyi Shay; Tiwa Savage who did All Over and Ma lo; Cassper Nyovest – who entered with Doc Shebeleze; and Sarkodie who repped Ghana HipHop well with his bars and ended with Painkiller.

After Sark, Emtee performed the massive hit – Winning; MI Abaga raised the roof with Anoti and concluded with Fix up; Kiss Daniel – who did not perform at any major show in December did Sofa and Yeba to thunderous applause; Mayorkun – one of the best young acts of 2017 Che Che’d; and Davido wrapped up the show with his big 4 – If, Fall, Like That and Fia.

This is very worthy of mention. While the show was about music and entertainment, one person remembered the plight of fellow Nigerians in the hands of herdsmen. That person is none other than Tuface who – after his performances – asked the government and security agencies to end the killings of innocent citizens in Benue State. Shout out to the man who has almost never wavered in his activism, and push for a better Nigeria, through his music, and platforms.

First, we do understand that the categories were up for votes, and the people with the most eventually won. We also get how the organizers may have wanted the awards to go round, so all camps, countries, and genres are represented. Nevertheless, while most of the winners deserved it, we have some reservations about others. See full list HERE.

Starting with Shina Peller and Toke Makinwa, all the awards were presented by notable persons in the industry. VJ Adams, Bovi, Vimbai, Big Brother’s Soma (who asked the crowd to simmer down, sic), Juliet Ibrahim, Sugardaddy RMD and Olamide Adedeji (not Baddo) were also amongst those who announced and presented MVP trophies. 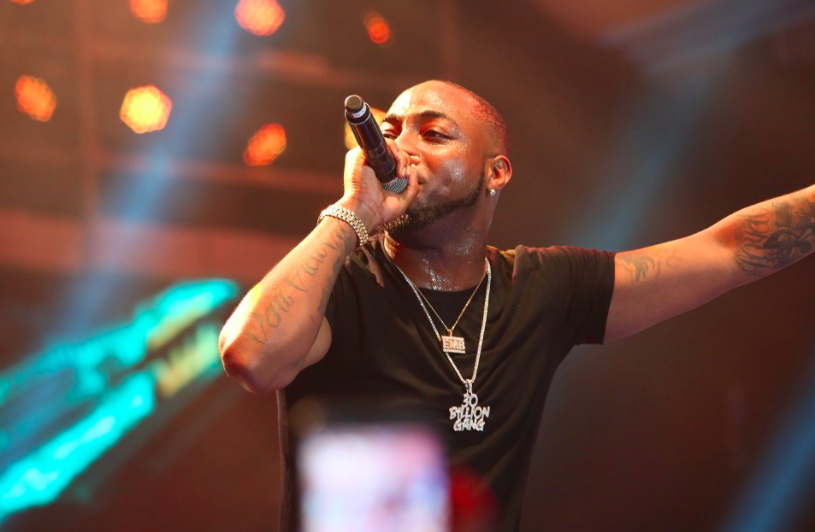 Davido is the man of the year 2017, and his picking up 3 awards solidified that fact. As a matter of fact, if he had won every single one of the 8 categories he was nominated in, it would have been very okay. His year was that good. Also great how he mentioned Wizkid – amongst others – in his speech after winning the African Act of the year.

A lookback to Cassper Nyovest’s epic dance at the Soundcity MVP Awards, other video highlights