Jamaican-American singer, Sean Kingston signed Tommy Lee Sparta to his Time Is Money label earlier this year and now they team up in an official music video for “Cross Over”.

Kingston came into limelight after he recorded and released the single “Beautiful Girls” in May 2007. The song peaked at the top of the Billboard Hot 100. “Beautiful Girls” was a success internationally, topping the charts in Australia, Canada, New Zealand, the Republic of Ireland, Spain and the United Kingdom. In the latter country, the song spent four weeks at the summit of the UK Singles Chart In 2007.

Watch the Out Here Films-directed footage below.

YQ is back! ‘Gbanjo’ visual comes with loads of eye candy, watch! 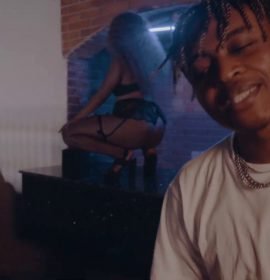