Nasty C and Tellaman have often appeared to keep a steady relationship with each other. The two have collaborated on each others music supporting each other along their musical journeys. It seems Nasty C & Tellaman are working on a joint Album, Tellaman initially announced “Dance” as the first effort off the soon to be premiered collection.

A fan went on twitter to ask Tellaman what was really going on with their friendship. “Are u and @Nasty_CSA OK thou? I mean it luks like u too r having some kinnda tension😔😔,” tweeted the fan.

The two haven’t been seen together of late and this had fans thinking that there is tension brewing between the two. The two have collaborated on each others music supporting each other along their musical journeys.

Tellaman replied to the question asked by his fan.

Junior and I are cool, that’s my bro and he knows how much I love him. I’m just giving him some space to work on the project and I don’t wanna be in the studio when he records cause I wanna hear at least 70% of the album when it drops. And I’m also working on my project 🤘🏾 https://t.co/U9rPOiGxn1 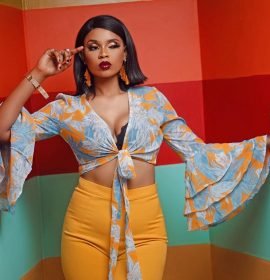