Sautisol, Otile Brown, Sanaipaei and all Kenyan hits that you need to listen to this week 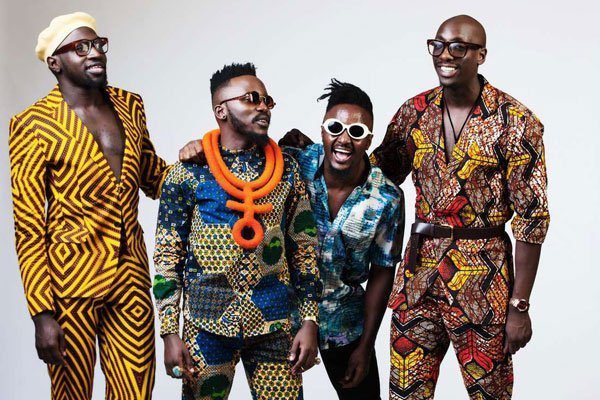 These past two weeks have seen Kenyan artists come through with new jams that we are all jamming to, from certified hitmakers like Sauti Sol to fast-rising Bey T and Nikita Kering, as well as club bangers to love songs, there’s a wide selection of music for everyone to listen to.

With that said, here are a few hits that you should be listening to right now.

Everything that Kenya’s award-winning afro-pop band Sauti Sol touches just turns to gold, this time the four-membered group worked on a timeless piece titled ‘Extravaganza’ alongside a new crop of artists now known as ‘Sol Generation’ signed under their record label.

This jam takes us back to the roots walking you down the Rhumba times with the perfect touch of contemporary afro-soul. Easy, laid back with the lead, bass and percussion in the greatness of perfection to serve to Rhumba nothing but justice. Visuals serving nothing short of the 70s- 80s vibe with bright coloured Kaunda Suits. Fur and big hair for the ladies in melanin. The club scene is extra and colourful just like it used to be.

Otile Brown is back with another joint as he continues with his impressive consistency dropping hit after hit.

The Afro-fusion songbird has been topping charts with a collabo alongside Arrow Bwoy dubbed Dekeza released about a month ago.

Zichune is about a man who is madly in love with a babe who plays hard to get until the man(Otile) spends some money.

The track was produced by Vicky Pon Dis while the video was created and directed by Hanscana.

Kenyan Queen of RnB Sanaipei Tande has broken the silence, serving visuals for her ever irresistible ‘Simama Imara’. She released the song earlier with a lyric video being one of her most famed songs.

The ‘Amina’ hit maker has made her mark in the music industry with major collaborations such as ‘Kwaheri’ featuring Jua Cali and most recently featuring on ‘Chaguo La Moyo’ by Otile Brown.

‘Simama Imara’ takes an upbeat feel with her signature coastal touch. The video is injected with massive energy from a choreography arranged by dance queen Aggie.

The lyrics take a strong sense of her Swahili background with firm warnings and wise sayings. ‘Simama Imara’ can be loosely translated to ‘Stand Firm’. In this context as people might spread lies about you, be who you are and those close to you genuinely know the truth.

A deep Afro-pop track, “Nikuamini” is a tempo-shifting dance song that puts the focus on her synergy as a vocalist. It seamlessly flits between the breezy tones of the vocalist and her gruffer deliveries to create a vibrant soundscape soaring with shimmering synths and groovy beats.

The music video for the song bring even more focus on the theme as portrayed in the lyrics with the director capturing scenes of the singer having a conversation with the said lover then back solely onto the star, doing away with the flash and flare often associated with the world of pop and instead pans over the normal union of a couple in argument.

Curvaceous 17-year-old singing sensation Nikita Kering has a new song out. Debuting her Empawa Africa initiative, the R&B singer/songwriter dropped her much anticipated spirited single ‘Tragedy’. Paired with powerful vocals and deep hitting lyrics, the song is award-winning status. A young Adele unfolds before the Kenyan society in this sad medley. She creates awareness against domestic violence in society with this new song. The video is very graphic coming alive with the realities of gender-based violence rooted in relationship.

Rapper Bey T is slowly making a name for herself in the Kenyan music industry. Apart from being one of emPawa mentorship programme finalists, Bey T has managed to release hits like If They Dunno, Bad Bad and Face Time which have introduced her to the competitive space. She released her latest song ‘Wololo’ days after beefing radio presenter Tanasaha Donna and even released a hard-hitting diss track titled ‘Don to the Donna’, reported by The Sauce.

The 2.56 minutes feel-good song has fans impressed by its flow and catchy beat that has Bey T dancing to it on the simple yet well-shot video. “Baby tell me how you feel, isn’t this thing real, yeah we are realer than the deal… when I do like this, he says wololo, when I swing my hips, he says wololo,” sings Bey T.

Gilad Millo is no ordinary guy, he is a former Israeli diplomat turned Israeli – Kenyan pop star who has over the years impressed many with his vocal prowess, mastery of Swahili and his way of making every one of his ballads a hit from ‘Unajua’, ‘Sema Milele’, ‘Salama’, ‘Usiende’ to ‘Nakuahidi’.Gilad’s latest song a beautiful ballad ‘Kawaida Guy’ that can make anyone fall in love and sing along to. He tells his love interest that he is just an ordinary guy who is not perfect but he is trying.

The song is straight infectious and has a great vibe to it which is definitely different from the recent releases from the artist.

Good Day comes with an amazing visual shot by video producer Thomas Tomsy at the Kenyan coast hence bringing out a summer feel to the song .

Comedian Eric Omondi is one super talented being we can never ignore or let go unnoticed considering his unending efforts to put Kenyan music on the map across the globe.

He has recently gone ahead to do a comic version of Sautisol’s Extravaganza together with fellow comedians Mulamwah, Kartelo and Mamitto

I know I will be out of order if I don’t say the truth about this song but #Pekejeng! New Hit from #Sailors is the new sound Kenyans have embraced from last year and it is the sound that brought to the limelight the likes of Ethic and Ochungulo family. Excited about this one, the Sailors are working hard for their fans after their previous hit song WAMLAMBEZ and you will definitely vibe with it. 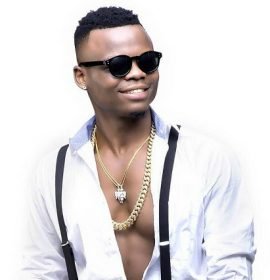 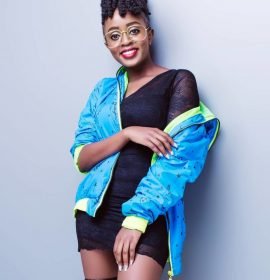