Kenyan duo, Iddi Singer & Landa Balla drops news single entitled ‘Slay Queen’.
Iddi Singer & Landan Balla are a Kenyan Afro Caribbean pop group. The duo originally uploaded their first single, ‘Najidai’ featuring Top Model, Deliah Ipupa back in 2015. They have worked with other industry heavy weights such as the Kenyan rap goddess “Petra”. They are working under two internationally know entertainment companies i.e Roya Entertainment, and HourGlass254, whom both have links to the United Kingdom, and Kenya. ‘Ni Wewe’ has been their most commercially successful track to date featuring, American based, Kenyan artist, Lovince Mckenzie. They have recently dropped a new track called “Slay Queen”, which was produced by Teknixx.

Watch Tallie in the video for ‘Bugia’

Tallie unveiled “Bugia” via Taurus Musik. Tallie who was signed in early 2019 to Taurus Musik, an African music ... 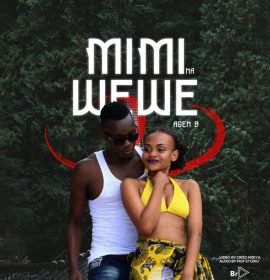 Singer Asen B is not your ordinary artist in ‘Mimi Na Wewe.’

The fast-rising Kisumu based singer is a gem of its own kind especially when added to the category of notable ...

Known for her commitment to her craft, and for her insane poetical compositions, Nadia Mukami, also referred to as ...