Putting Gabiro’s both bellowing and crooning voice on the radar, “Bad Girl Loving” is an upbeat Dance-soul oriented track that’s nothing but a sweet ode to women. “This one’s for the love I have for bad girls and ratchet ladies coz there is no better and crazier love than that, I wish I found one of these kinds to marry soon.” Gabiro kicks off the track.

In the track Gabiro pulls through creatively with his lyrical prowess to show off both his sides of being a rapper and singer on a diverse danceable instrumental; it is for sure a club banger to get you up on your feet all night.

His rise has seen him gaining the respect of his rap peers with his lyrical precision at the youthful age of 20. Boasting 15 tracks in total since the kick-start of his music career, the self-proclaimed Kisumu President has been trading bars with a spray of special guests like Wyre, Kidis the Jembe, Nigeria’s Ketchup, Shamir and recently he released visuals for International Local alongside is producer friend Videz Hybrid.

His previous release “Chances” was received by mixed reactions making out one of the most talked releases of his career considering many people took it as disrespect even after Gabiro came out clean to explain,

“I just wanted to express myself and be artistic that’s just what I found myself doing, just being a dexterous artist, person and human being. Forget about an artist, I’m a human being at the end of the day. So I’m just expressing myself and being more proficient. It’s like just speaking my truths.” ~ Gabiro

“I am not sure anyone is offended coz no one has contacted me to tell me so but at the end of the day we are all sinning and I am just singing.” 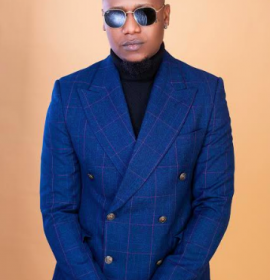